A Year of *Not Journaling 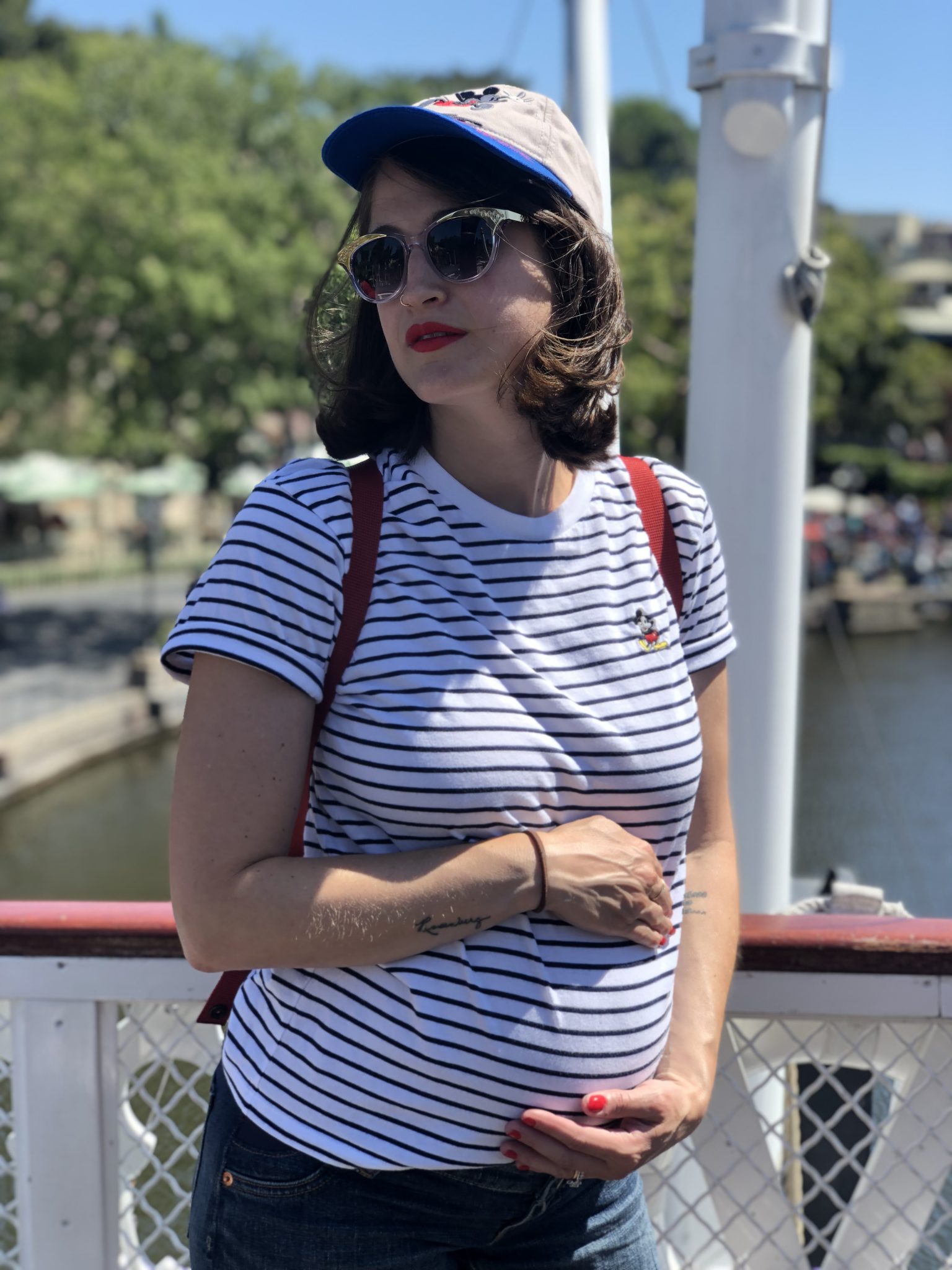 A Year of *Not Journaling

On New Year’s Eve day, I took a midday stroll with my friend before getting ready for the evening’s festivities –– this year a wedding. We stopped into a cute boutique by our apartments to touch all the mildly overpriced clothes and home goods. Per usual, I found myself drawn to the stationary selection, flipping through the blank notebooks rife with possibility. I’m prone to hoarding well-designed paper goods, but on the last day of the year, I was feeling particularly both reflective and hopeful. 2019 would be the year I finally stuck with journaling. Yes, this was the year I sat in coffee shops with an expensive latte, scribbling away my innermost thoughts and ideas. I just needed the perfect notebook. I decided to treat myself to a small hardbacked notebook embossed with origami animal shapes. 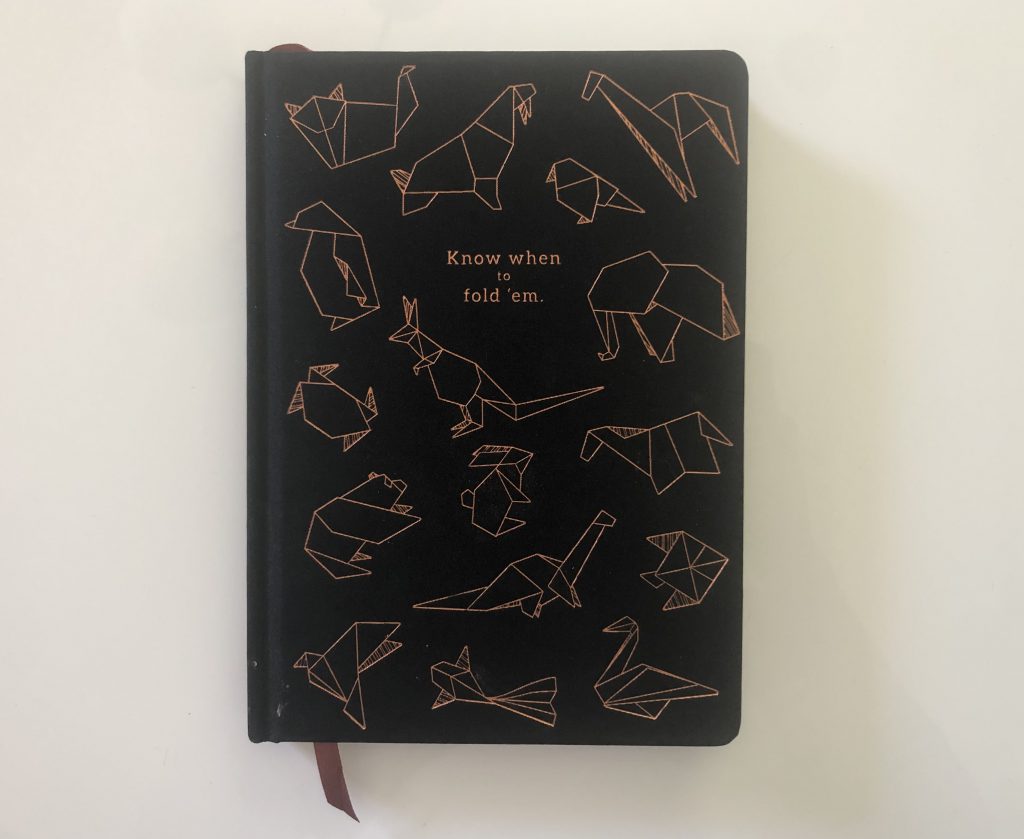 And journal I did. Three whole entries to be exact, the last of which began, “OMFG.”

Turns out, 2019 wasn’t going to be the year I start journaling in hip cafes, but it was going to be (among other things) the year I got pregnant, bought a house, and generally ripped off the final pieces of duct tape keeping me from falling into full-blown adulthood. No time for expensive coffee or navel-gazing in 2019.

Still, once I found out about the pregnancy, I held onto this grand idea of writing about my experiences every day, even if only for myself. Perhaps, one day I could bind the entries together and give them as beautifully bound book a to my child. Maybe even the lovely notebook I bought! A true heirloom in the making! I was going to fill pages and pages of my innermost thoughts, messages to my child, and a running narrative of what it felt like to grow a human inside another human.

But, it turns out, I didn’t want to write about it at all. Whether it was nausea, acid reflux, anxiety or a deep aversion to change, I just haven’t feel compelled to share. Even writing this blog post took about a month or more. I’d get a few lines in, become paralyzed with *~feelings~*, and find something productive to do as a procrastination tool.

When I bought the notebook, I had already taken five days of a drug called Letrozole to induce ovulation and was being closely monitored by my endocrinologist with weekly blood tests and ultrasounds to make sure everything was going as reproductively engineered. Unlike most women who get pregnant without assistance, I was acutely aware of what was happening to my body every step of the way. Still, it came as a shock when I took an at-home pregnancy test –– my husband and I sitting on the couch stunned. “What have we done?” I asked aloud. This wasn’t the joyous reaction I’d seen in the movies. This was … real.

The next day, when my doctor called to confirm my blood test. “This is so weird.”

“Heather, you know this is what we were trying to do, right?”

I did. I just didn’t think it would happen so soon. All I’d ever been told my whole reproductive life was that I was challenged in that department. Also, ask any adult woman, we all believe ourselves to be barren for no reason. Prior to this call from my doctor, I had just spent two or three years convinced my road to fertility was going to be a long and arduous one. I mentally prepared myself for a series of disappointments and scary medical procedures, and physically did everything I could google to create a more optimal reproductive environment.

We intentionally started actually trying (because despite all my acupuncture and herbs, I still needed medical intervention) before we were ready so that there wouldn’t be any pressure when it didn’t happen or took longer than we wanted. Turns out, the universe has a sense of humor! HA. HA. HA.

And so, in a literal snap, I went from breezily saying we could totally have a baby in crumbling old mid-century era apartment to demanding we get the fuck out as soon as possible. The stars aligned, and we did, and it’s great. I already blogged about that, so back to being pregnant –– the topic I’ve been avoiding writing about (read: acknowledging) for like, seven months.

It’s still as weird as the day my doctor called. I’m not having a magical pregnancy where I feel better than ever. I don’t suddenly feel connected to the earth and the sun and the moon because I’m growing a new human. In fact, I don’t know how connected I feel to my child at all to be totally honest. Ultrasound technicians might as well be showing me YouTube videos, not a live broadcast of my uterus. Deciding to wait on finding out the sex of the baby has kept a safe distance between me and reality. It’s impossible to project any expectation or fantasy onto my unborn child when I don’t know what I am picturing beyond an idea of a baby. But, I don’t think this is entirely a bad thing. I think this will allow us to truly meet our child for the first time upon arrival earthside (a term my newborn class teacher used A LOT). And frankly, my emotional disconnect probably has more to do with how I am wired, and less to do with anything else.

Aside from all that, it’s been difficult to channel my inner crystal goddess earth mother because of months of nausea, a weird sour taste in the back of my throat at least once a day, and grappling with a lot of physical and emotional turmoil while a now three-pound creature punches me from the inside. The miracle of life!

A friend once told me that parenthood will immediately reveal your greatest weaknesses and strengths. My child isn’t even here yet, and I’m already feeling this deeply. Unless you’re one of *those* women who barely noticed that they were pregnant until someone handed them a squirmy creature in a hospital bed, the physical challenges alone are humbling. Have you ever had an ovarian cyst burst at 5 weeks pregnant, gotten the flu in your first trimester, or had intense heartburn for four hours straight?? I have! Still, from the stories I’ve heard (or trolled on the pregnancy boards), I don’t even have it that bad. As I told my doctor at my last visit, I don’t feel like my best self, but I also don’t feel like my worst. I’ll consider that a win.

And those are just some of the physical challenges that I’ve experienced this past… well, all of 2019.

Mental and emotional obstacles are rampant as well. I know it might seem trivial after talking about having to go to the ER for a ruptured ovarian cyst, but dressing my changing body has felt like a nightmare. Clothes are and always have been one of my major reliances for self-expression, and if you’ve ever been pregnant you know the options out there are just awful. It’s a whole world of ruching, folds, and drapes poorly designed to accommodate a growing belly. It’s been a struggle to maintain my own personal style while also making sure my body is adequately covered. Concessions have been made. I understand why people spontaneously start fashion lines, even when they have no business doing so.

Is it a superficial complaint? Kind of. At least at first blush, for sure. But, I think the misery around buying clothes is misdirected anxiety that’s signaling of deeper anxiety around my changing sense of self and a pandora’s box of worry waiting for me. I understand why making a child takes so long; it’s truly a mind fuck. You need time to get used to the idea. And even still, you’ll never be prepared for the ways a child will change your existence forever, or the infinite variables that lie in wait, disguised as irrational fears.

It’s easier to disconnect. Become paralyzed. Focus on productive procrastinations. Not write in your pretty new journal with the embossed origami pattern.

At the same time, I try not to focus on the things I’m NOT doing and instead acknowledge the things I AM doing, like creating a new person who will hopefully solve the climate change crisis. I’m working on launching my own freelance business. I’m putting our house together and focusing on my health to prepare my body to birth the said climate change solver.

Turns out, this isn’t my year for journaling, but I’m not disappointed. Life rarely unfolds to the exact tune of your New Year’s resolutions. If you’re lucky; they turn out better.