MissHezah | Stuck In The Middle With Me
41382
post-template-default,single,single-post,postid-41382,single-format-standard,qode-core-1.0.2,ajax_fade,page_not_loaded,,capri-ver-1.9, vertical_menu_with_scroll,smooth_scroll,blog_installed,wpb-js-composer js-comp-ver-5.1.1,vc_responsive

Stuck In The Middle With Me 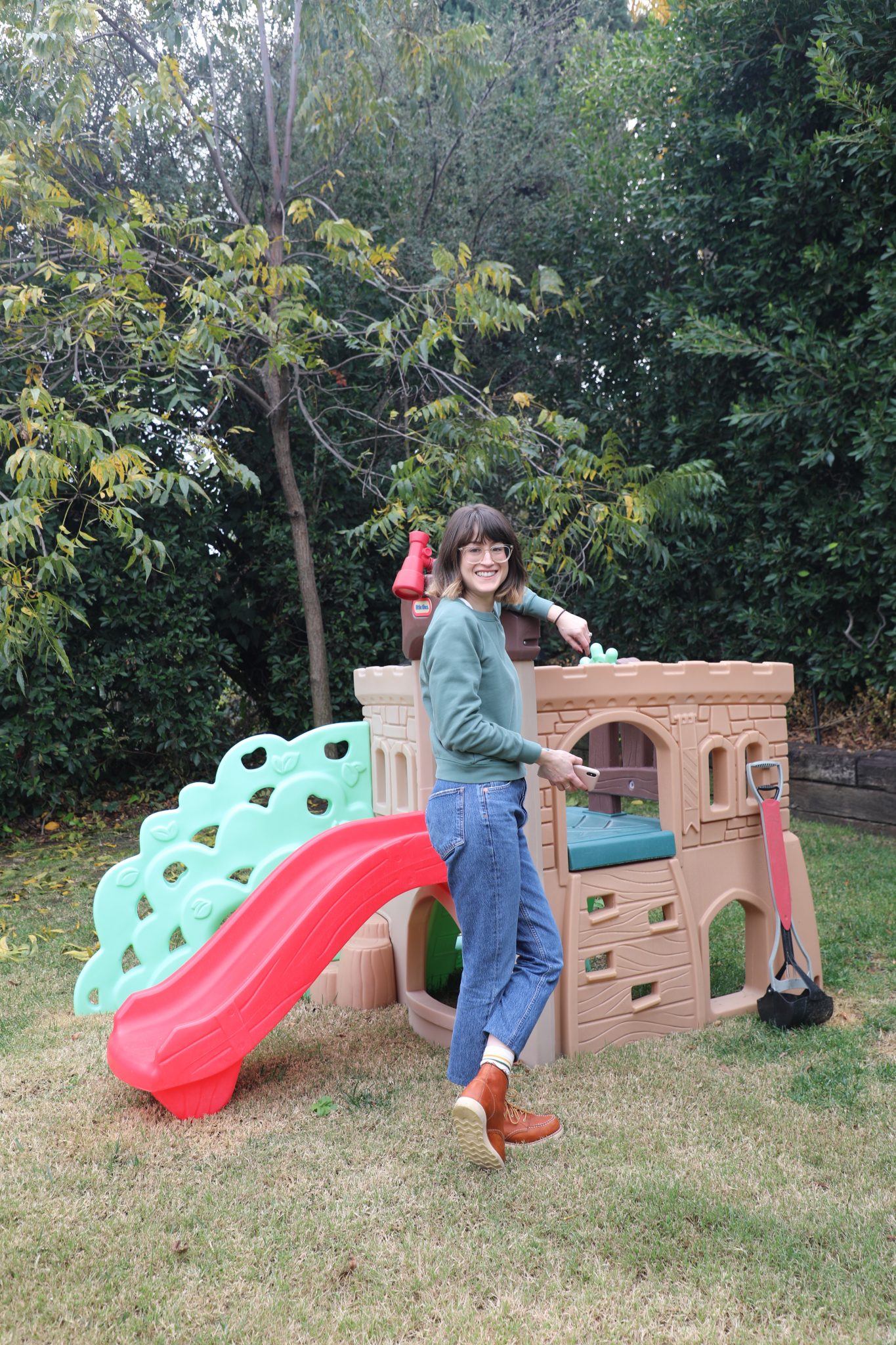 Stuck In The Middle With Me

I remember my first swimming lesson pretty vividly because, like most kids, I almost died. This is because the human instinct, no matter what level of development, is to not jump into a deep pool of water. Maybe it was because it was the 80’s, or perhaps it’s still standard practice today, but my instructor pushed my toddler body right into the deep end.

Spoiler alert: I didn’t die, and I can swim.

I have difficulty with transitions, growing pains, and change in general.  Though, I suppose more specifically, the moments before the transitions begin. I’m fine with the actual change. Abrupt change is exciting; it’s something new.  I’m a Gemini, after all. We’re into that sort of thing. Besides, there’s usually not much time to feel the existential dread before you need to go full project manager and get shit done.

But what about the plateaus, quiet moments, and the calm before the storms? Everyone likes to highlight life’s ups and downs but rarely do they ever focus on the in-betweens. Those mundane stretches of time when there’s nothing to note because you’re busy waiting for something else to happen.

Change occurs during that time too; it’s just much, much slower, and much, much more daunting. It can be difficult to see it was even happening at all until you’ve somehow moved through a fog you never knew you were passing through. Unless something, or literally nothing, sends a jolt of restlessness through your body.

I have a weird memory of being 11 years old, sitting on my couch, late one Sunday afternoon when a foreign feeling panic washed over my fifth-grade self. Whether it was a hormone surge or something I saw on TV, something triggered a sudden realization that I was no longer a kid, but not yet a teenager. I was an in-between, and it overwhelmed me with grief and confusion, simultaneously mourning my childhood while fearing adulthood. My skin suddenly felt like it no longer fit. “But I don’t want to grow up!” I screamed inside my head. I hugged a throw pillow closely as I desperately tried to cling to a world I’d already started to exit, hiding from a new uncertain future. I’d have to start, like, wearing a bra.

In retrospect, my tween experience was a blink –– leaving me with a pretty thin highlight reel of embarrassing moments, really big feelings, and a lot of photos wearing offensive surfwear as a keepsake. It’s a good reminder that even the most unattractive and uncomfortable transitions are merely temporary.

For the past year, I’ve felt in a similar state of flux. But this unrest doesn’t present as tumultuous or even transformative, the way it did when we were younger. In your thirties,  your body and emotional state aren’t rapidly evolving, and for the most part, your life is somewhat stable. While the lows are typically not as low, thanks to a greater handle on our *feelings*, the highs are also just sort of …meh.

It’s…kind of boring, and occasionally a bummer. Sometimes, it’s just waiting around, like being in a DMV line for a very extended period of time. You might find interesting ways to pass the time and meet a few new people along the way, but you’re really trying to get out of there. But unlike the checkpoints of yesteryear, there’s no guidance, next steps, or roadmaps. At least not really for millennials settling into adulthood, who haven’t settled into familyhood (whatever that means for you).

This period of transition –– the stability without settling –– promotes a lot of navel-gazing, particularly among a generation that was encouraged to always strive for better, and not settle for “pretty OK, I guess.” There’s a lot of questions, and often times, manufacturing of problems because millennial burnout says we’re conditioned to be in a perpetual state of chaos. When our lives don’t naturally provide roadblocks and stressors to overcome…sometimes we make them. What is life without veins coursing with cortisol?

Is this the right career for me? Why does ____ have that job and I don’t? Do I like my apartment? Can I really live in this city? What am I even doing? Why doesn’t my life look like so-and-so’s from my sorority? Why do I still follow so-and-so from my sorority when I haven’t spoken to her in about a decade? Is it bad if I unfollow so-and-so? Ok, maybe mute her? Do I just need a digital detox? Whole 30? Should I burn it all to the ground and start over somewhere in Kansas? Am I doing self-care right? Is it bad that I kind of hate sheet masks and golden milk gives me a stomach ache?

Even if I’m able to step outside my own bullshit, I don’t really understand where I belong out in the world. I know I don’t belong at Coachella or wasted at a bar at 2 am, but I also don’t fit in at my friends’ kids’ birthday parties. It’s a weird in-between stage, not only in my own mind but in community and friendships as well. People have either moved on or physically away. The circles that supported you during your twenties get smaller and smaller, and perhaps serve you less and less. And your next phase of friends –– well –– as Michael Buble once said, you just haven’t met them yet.

Still, with friends who’ve held on tight, and even if you’re partnered up, it can all feel…lonely. A sensation no one wants to admit to feeling, especially when it seems like you shouldn’t be feeling it from all the people, and fun you’re having in your Instagram posts. But, it’s loneliness none the less.

Maybe you have no idea what I’m talking about. Maybe this *content* is not for you, but if it is… what do we do? I don’t know that I have the answer, but I suspect it’s something we don’t want to hear like, just sit in your shit until it’s over. It’s not the first time you’ve felt uncomfortable, and it won’t be the last. As we age, life will only get slower but feel like it goes by faster. The climbs are not as steep, and the plateaus are longer.

I suppose it’s like my first swimming class. Just get in. It’s gonna suck, but your body instinctually, somehow, already knows how to float. When it’s all over, you’ll know how to swim. Besides, it’s not going to last long. Pretty soon, twenty years will have passed and all you’ll have left is a thin highlight reel of embarrassing moments, really big feelings, and a lot of photos wearing outfits you’ll probably hate later.