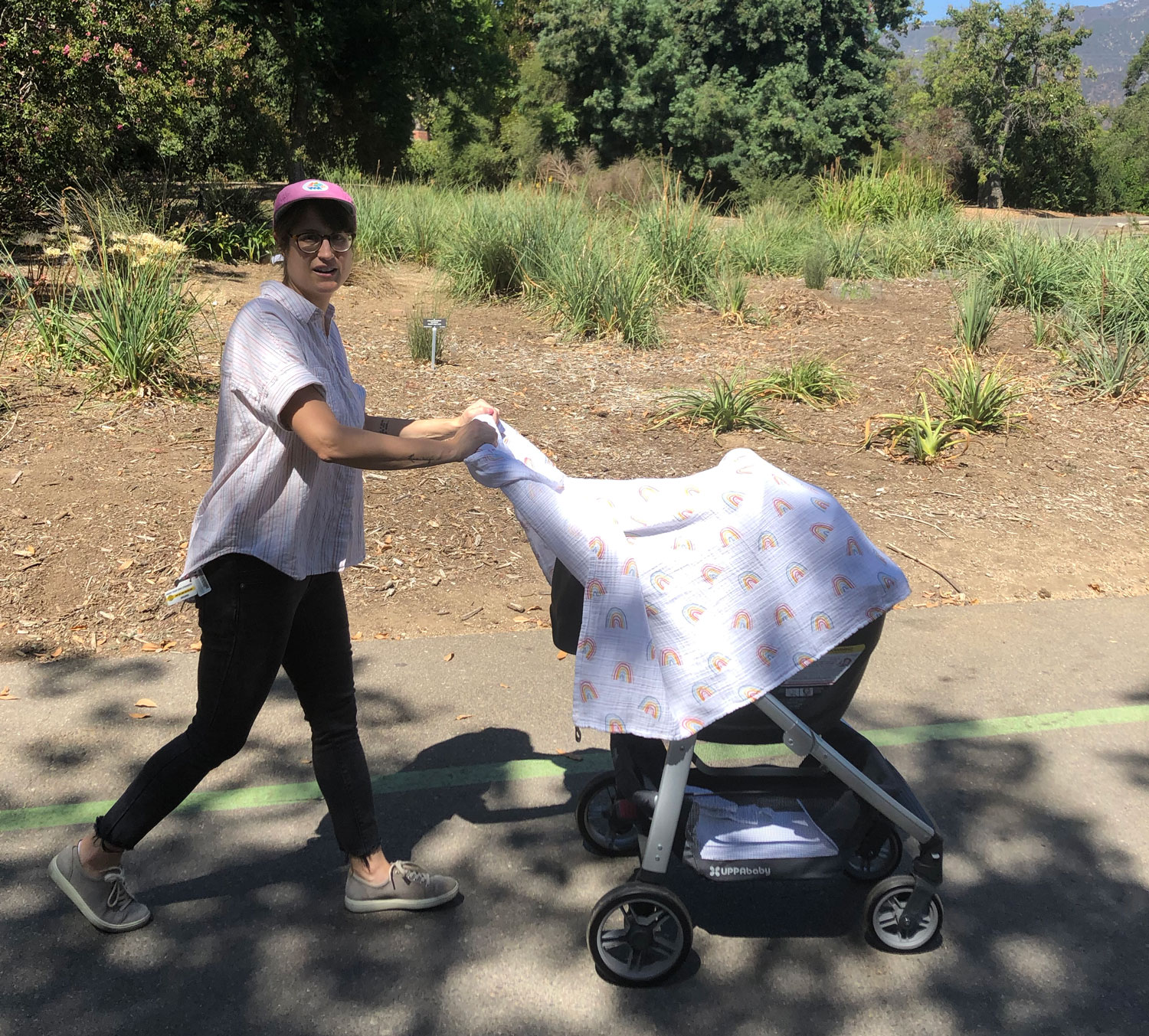 This post was written for and originally appeared on The Tot.

Pregnancy, labor, and delivery and postpartum are equally exciting and overwhelming moments in the lives of new parents, but especially moms. It’s understandable that an inner circle of friends and family want to share in the anticipation and joy. I will be the first to say, let them! There’s a reason people say it takes a village to help raise a child. You might think you have it all figured out, but you don’t. Sorry, my Type A friends!

From the moment you find out that you’re having a baby to the first few weeks at home with your new child, it’s a crash course in learning how to expect the unexpected. No two experiences are alike, and there will be any number of things that do not go the way you’d planned, whether it be a joyous surprise, a mild disappointment, or even a traumatic event.

Because this transitional, demanding and life-altering period of time has such a high probability of uncertainty, it is imperative to offer support to the new in-over-their-heads parents. However, as someone who recently left the newborn haze, there are a few questions I wish had not been asked of me with every gracious, well-meaning check-in from friends, family, and caring acquaintances.

“IS THE BABY SLEEPING?”

Usually, yes. Newborns sleep about 14-17 hours in a 24 hour period. But this question is more specifically asking, “is the baby sleeping at night,” implying that the baby should be doing so. In reality, not so much. Typically, babies don’t begin to start sleeping through the night until 2-3 months of age. And, what is considered to be “sleeping through the night” is only about 6-8 hours… from the time they go to bed, not you.

Newborns are notorious for not sleeping through the night. You already know the answer to this. Let’s just assume the baby is not sleeping. Instead, try asking, “What is your favorite new thing the baby has learned to do?”

Everyone really loves to ask this question. They want to hear every gory detail like you’re a car crash, so they can go home and say, “I’m so glad that’s not me right now.”

We know that newborns don’t sleep, and neither do their parents. Again, the very act of asking implies that it should be happening, when it is completely normal and expected to not be sleeping. If you’ve ever been sleep-deprived, let alone months at a time, you know how awful it feels. This question is a reminder of one of the hardest parts about her new postpartum world and will make her feel anxious and self-conscious.

Instead, try offering some juicy gossip. New moms feel so disconnected from their real lives, it’s nice to have a moment of normalcy.

“HOW IS BREASTFEEDING GOING?”

I’m sorry but unless you have recently stopped or are currently breastfeeding, I don’t want to hear this question come out of your mouth. Breastfeeding isn’t a fun new hobby you picked up. It’s a painful, exhausting, emotional full-time job. No one tells you how crazy hard breastfeeding is in the beginning, so let me just tell you, breastfeeding is crazy hard.

For many women, it never gets easier and eventually doesn’t even become an option, which can be heartbreaking. Unless you’ve been there, you don’t even know, so just don’t go there. You don’t need to. There are plenty of other topics to cover.

Instead, try asking what TV shows and movies she’s been watching because newborn life happens on the couch 24/7 and she’s been dying to talk to someone about “Love Is Blind.”

“I HAVE SO MUCH STUFF TO GIVE YOU.”

When someone says this, I hear, “I have so much stuff to get rid of.” Let me be clear, hand me downs are amazing, and I am grateful. The lifespan for baby clothes and gear is as long as it takes to blink, so I understand the desire to get unused items out of your house. But, your brand new mom friend is not the answer to your recent Konmari spree. The last thing she needs is a bunch of STUFF that she won’t need for a while. Postpartum is overwhelming, and though well-meaning, it’s not helpful to bring over a mountain of unwieldy gear and boxes of clothes…just yet. Babies need very little for the first few weeks,

Instead, ask if there is anything specific you can bring. Or, if you’ve been around the newborn block before and have a few key items that you especially appreciated during that time, just bring those.

I know this seems like the ultimate postpartum compliment, but it’s actually not! Transitioning from being pregnant to not being pregnant is surreal and intense, both physically and emotionally. I remember thinking how strange it was to sit up straight in my hospital bed, instinctually engaging abdominal muscles I had forgotten were there. Showering felt absolutely foreign without a large bump to wash. It takes so much emotional and mental effort to reconcile that the baby inside of you for nine months is now on the outside.

Physically, I consider myself lucky with recovery –– and still, that meant about three weeks. But so many women experience trauma during labor and deliveries that result in weeks or months of recovery. Even if a woman regains her figure or loses the baby weight quickly, she could still be doing some major healing.

Though it’s meant kindly, saying that a new mom doesn’t look like she’s just had a baby diminishes the year she spent making and delivering a life. It also implies that it’s not ok to look like you just had a baby, and it absolutely is. Instead, try asking about recovery and what feels challenging.

New moms are like celebrities, they’re just like us, except they just went through a crazy life event. Your best bet is to treat them exactly the same as before they had a baby, except with a little more care and a lot more food.