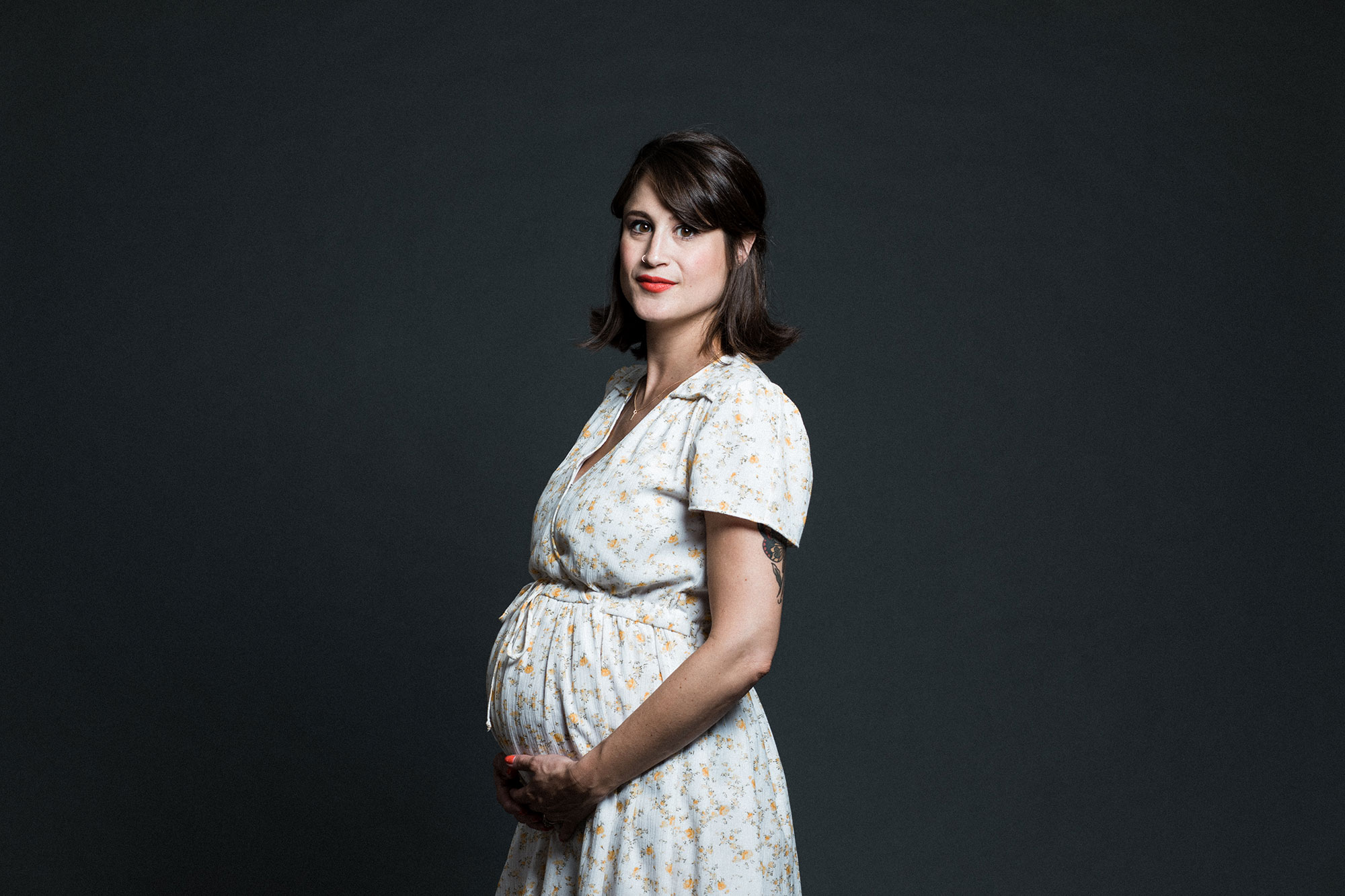 After our engagement, I resolved to not talk about wedding planning for three whole months. This was in May and by the time September rolled around, as promised, I chose a venue.

I know myself, and myself needs time because myself hates change. We had an 18-month engagement, intentionally engineered so that by the time the big day rolled around, my mental state would shout a resounding, “let’s just do this damn thing.” And, it worked. I was more than ready to walk down the aisle, commit to forever, and have a big party.

Pregnancy is no different. There is a reason it takes about ten months to create a human being. You need almost a full year to prepare and accept the monumentally life-long shift that is parenthood. Once the doctor confirms your pregnancy is in fact happening, they give you a date in the future that feels like an entire lifetime away. It’s a date you begin to fixate on, recalling and repeating like it’s your own birthdate because people ask you to parrot it back so many times.

I’ve had almost an entire calendar year of this unwavering narrative told to me by doctors, friends, family members, and mostly strangers. All preparations have been made around September 25 (or later). So, when it was confirmed that I would need to be induced on September 5th, twenty whole days, just shy of three whole weeks, earlier than anticipated, I kind of short-circuited.

This entire pregnancy, I’ve prided myself on going with the flow and minimizing expectation. I thought I was the ultimate cool girl of pregnancy. When you have your first child at 34 years old, and 24/7 access to the Internet, you’ve seen some things over the childbearing years around you. And, of those things, it’s become apparent that having expectations during pregnancy is just a set up for disappointment. You can’t track a baby like a USPS package, and, surprise surprise, they have an actual mind of their own.

When asked about my “birth plan,” my response has always been that I don’t have one. I’ve heard enough birth stories to know that it’s difficult to go into labor with any expectations because there are too many variables. It seems as though nothing ever goes as planned, so best not to have one other than do whatever it takes to bring the baby into the world safely. Instead, I’m more interested in having coping tools at my disposal, epidural and every episode of Sex And The City downloaded onto an iPad being two of them. I think I have high pain tolerance, but I’ve also never had a baby so…

When it comes to what my body and baby want and need, I’ve tried to keep an open mind and heart during this entire process. I’ve actively tried to be expectationLESS. And yet, here I am blindsided by one I didn’t even know I had.

About a month ago, at a regular check-in, my OB told us that she noticed the baby was measuring a little smaller than normal. She didn’t seem concerned, as neither I or my husband are very large people. But, she still wanted me to see a fetal medicine doctor, the ones with better ultrasound machines that give you those freaky 3-D renderings, to rule out any growth restrictions. What if there is one present, I asked? We’ll induce you early, she said a little too casually. Par for the course for her. Completely new information for me. The epitome of pregnancy.

The high-risk OB confirmed that there was a restriction: my placenta was aging prematurely. Apparently…that’s a thing. It just happens. All placentas have an expiration date, and mine was sooner than normal. Some babies grow better on the outside, he told me. He told me not to take it personally, because there was nothing I could have done to prevent this. Well… I DID make that placenta so I take a small amount of offense, I joked. He recommended I deliver between 37-39 weeks, but definitely no later. I was 34 weeks at the time, and immediately felt like I was confronted with the wrong side of a shotgun barrel. I held out hope that we could get to 39 weeks. The baby needed more time to grow. Hell, I NEEDED MORE TIME TO GROW, both physcially and emotionally.

As I started going to appointments twice a week for monitoring, the more information became available. While everything else looked completely fine, my pooping out placenta was still causing a growth restriction too great to ignore. I was told that, despite me spending two weeks trying to eat as many calories and protein as I could muster, I would need to deliver at 37 weeks, instead of the expected 40  –– still full term, just on the early side. An induction date was scheduled on my behalf, and I was sent an email with all the information for me to report for duty at 23:45 hours at Cedars Sinai Labor and Delivery. The miracle of life had suddenly become a calendar invite and to-do list, and the most major moment of my life now had a new date.

Pregnancy has felt like every experience I’ve had riding Splash Mountain. I’m excited to go on the ride but deathly scared of the drop. At different points in the ride, I’ll feel like getting off, but that big ole drop is inevitable. Finding out I have to go down sooner than expected is giving me heart palpitations. I can’t help but hear the methodically ratcheting of the log climbing the incline. 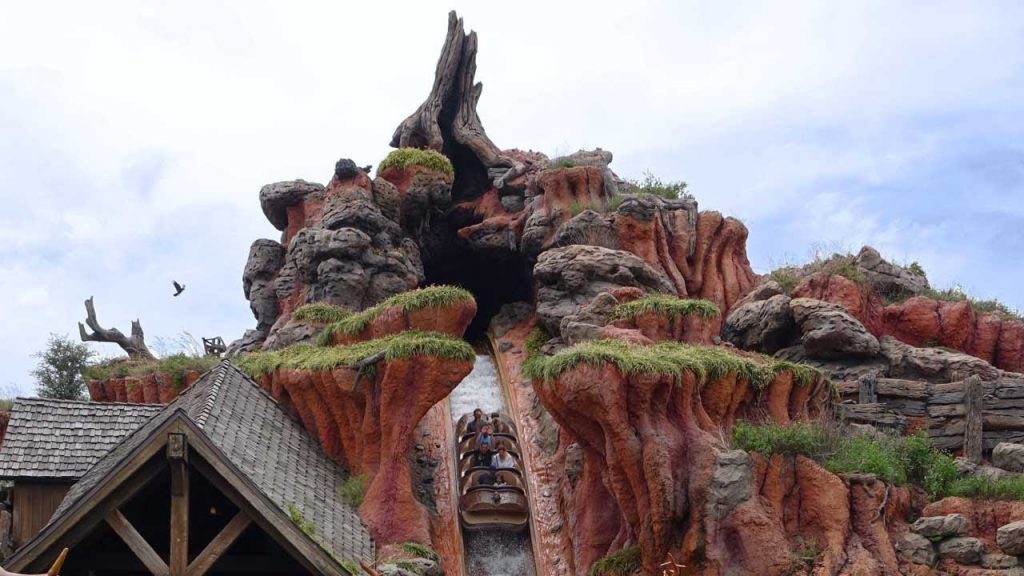 Many elements of this timeline shift have made me feel panic, fear, and even a weird sense of grief for the three to four weeks I thought I had before my life changed forever. “I need diapers,” was one of the first irrational thoughts that ran through my head. I immediately went to Target to buy them, along with wipes and a few other changing table necessities. “You should really order them on Amazon,” a veteran mom in front of me in the checkout line told me. “I will in the future. But, I need these today.” I did not, in fact, need them that day. I was just freaking the fuck out.

I insisted we finish decorating the baby’s room, even though they’ll sleep in our room for close to half a year. 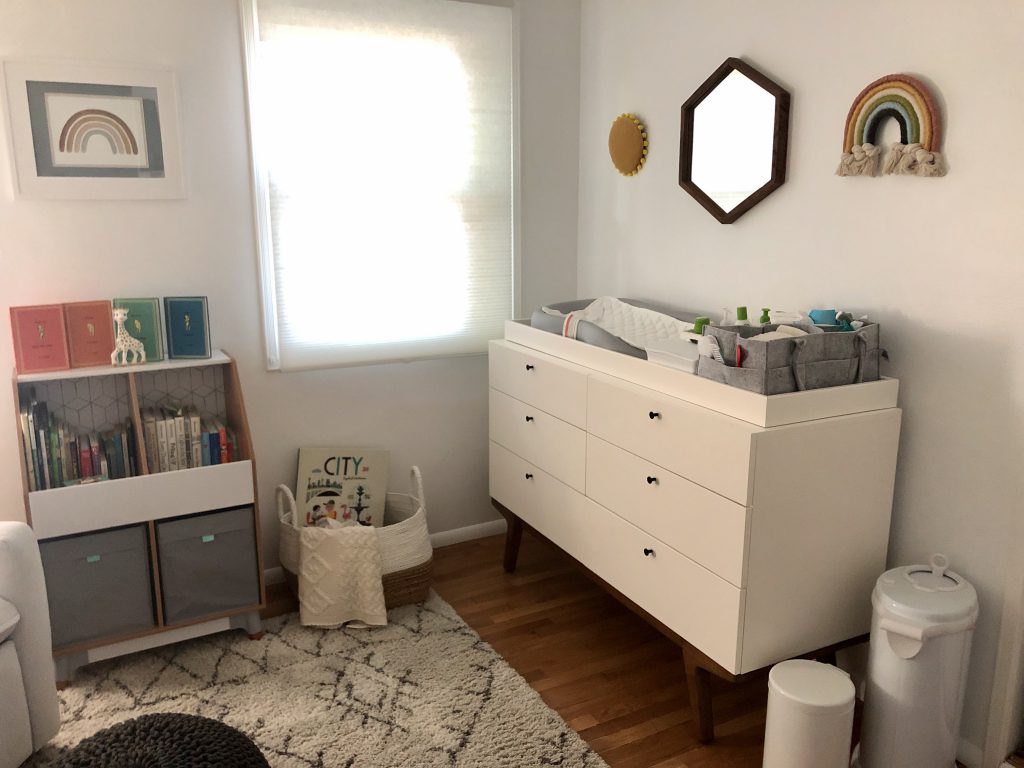 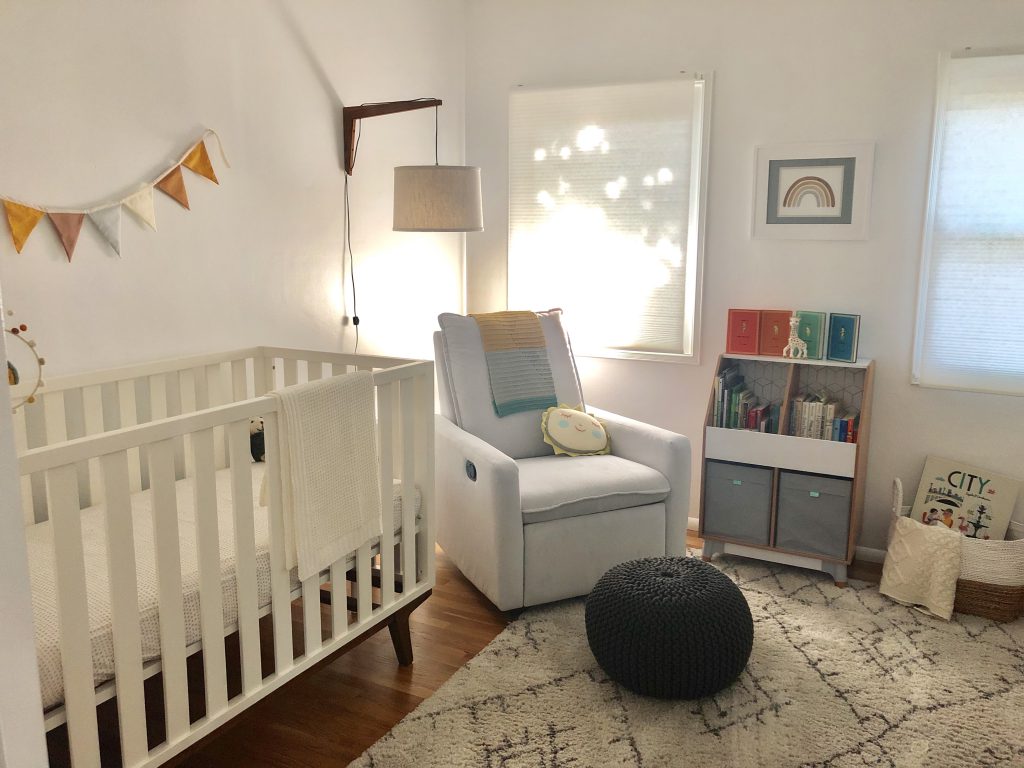 I wrapped up work this past week. No more work after August, I thought. I’m going to have the whole month of September to exercise, rest, soften my cervix by eating a shit ton of dates, and just…get big. But, I don’t have a month. I have a week, and I’ll never get that big.

I’m going to miss my pre-natal swim class and all the new pregnant friends I’ve made and planned on getting to know better before we all went off to give birth. I’m bummed I don’t get those few weeks of nothingness, even though I’m terrible at sitting still. I’m even a little mad that I won’t ever see my belly go beyond its capacity. I’ve just gotten to the point of roundness that people are starting to feel comfortable commenting on my belly or offering up their seat.

This all sounds a little crazy. In the grand scheme of even a year, three weeks is truly nothing, but right now, it seems like an absolute eternity. And I know most women are envious that I won’t have to endure the last few weeks of pregnancy, the unbearable discomfort of a baby growing inside of you at a rate of half a pound a week. Everyone says it’s hell. But, part of me feels a little cheated. What if this is the only time in my life I’ll ever be pregnant? I want to experience all of it, even the swollen parts.

There’s no waiting around. No #babywatch. No trying the infamous induction salad at that place in Studio City. No special elixirs and tonics to get baby moving. No dramatic water breaking. All things I didn’t know I expected to experience. I’ll plan, pack, go to the hospital, and stay there until I leave with a baby.

It’s all FINE. This is why I didn’t make a birth plan, but I can’t help but feel like those last few weeks were especially important for me. No, of course, I don’t want to be physically uncomfortable for weeks on end without relief at the end of an LA summer, without central air. But, I do think there is something about being pushed to the physical limits that allow you to find yourself in the mental place of, “let’s just do this damn thing.”

I know it sounds bizarre, seeing as I spent just under 34 years of my life NOT being pregnant, but I’ve not been pregnant for so long that I don’t really remember what it feels like to have an empty uterus. I don’t remember what it’s like to not be in a very special physical state. I don’t remember what it’s like to never be alone in the strangest way possible. Truth be told, didn’t love being pregnant. I felt pretty low-grade gross much of the time. But, feeling the baby move inside of me is a sensation I will sorely miss, even if I still get to feel it on the outside.

For nine months my singular body has been a “we,” and have to go back to just being me.

Not to mention, even though none of my doctors seem concerned (as long as I deliver when they recommend), I’m understandably worried about the safety of my child, especially as the chances for a completely uncomplicated birth diminishes. I’m trying to remember what I’d been telling myself this whole time –– expect nothing. Go with the flow. Even though it feels like I’m about to go in for a medical procedure that will last for hours, where I have to be a completely inexperienced active participant the whole time. Go with the flow, but make sure you pack a hospital bag like an overnight trip up the coast.

I’m doing my best to find the excitement and not get trapped under the paralysis of anxiety and fear of the existential unknown. It’s not just the anticipation of labor and birth, but of what happens next. With most known challenges, you can usually talk yourself up to confidence. “Just get through this week, and then everything can go back to normal.” Except, with this, it won’t go back to normal. It will never be the same again! I’ll be a parent! There’s plenty to be excited about; I just don’t know what it is yet. It reminds me of how much I struggle with getting excited to travel to places I’ve never been. I have no frame of reference, but I usually end up loving it

I’m doing my best to accept my new timeline, my placenta’s inadequacies, and generally that I am not as cool and easy breezy as I thought. We all have expectations, even we think we don’t. And sometimes, even when we fall into a days-long trance-like state of anxiety, everything still turns out OK.