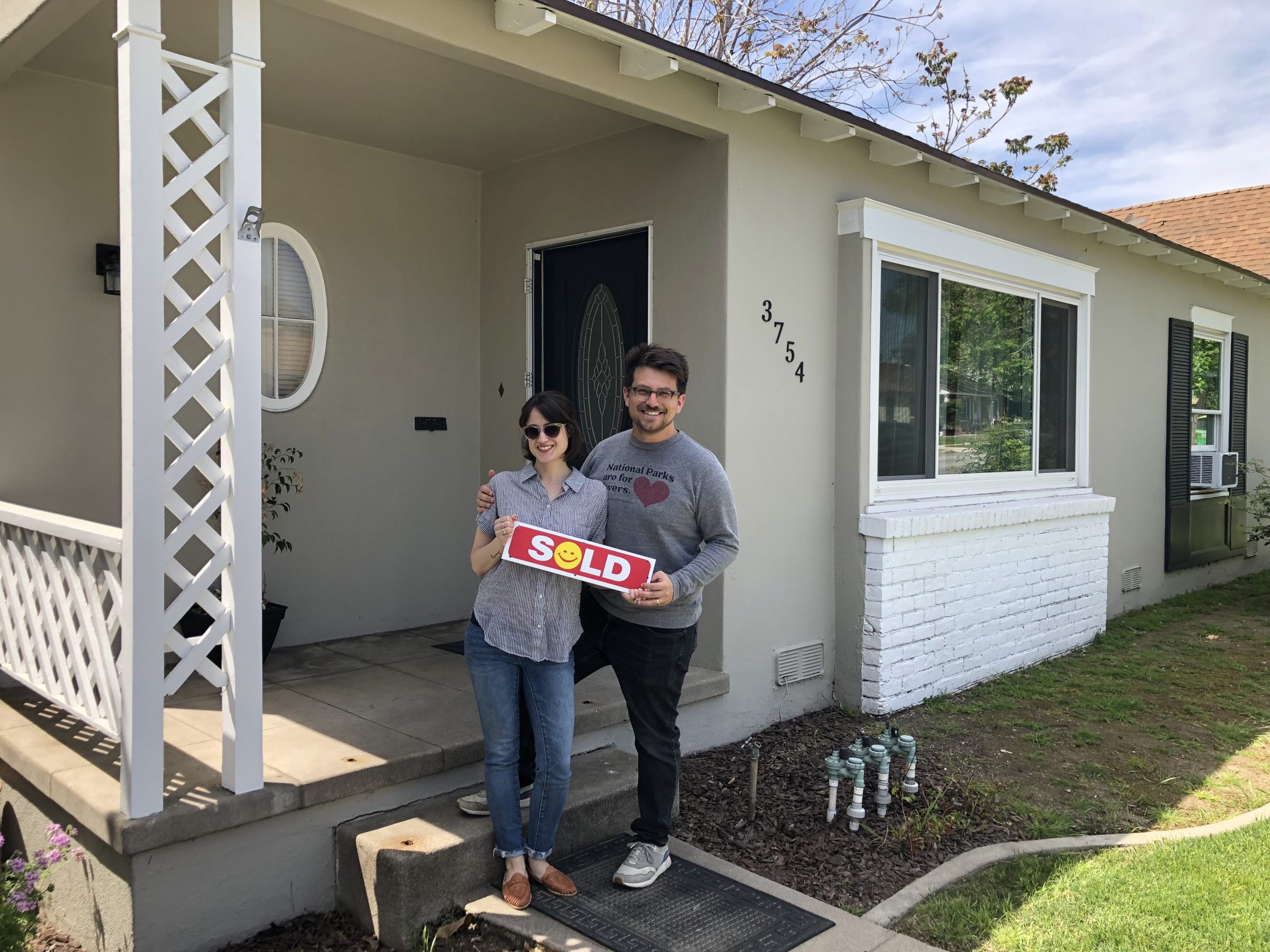 So, we bought a house.

That’s probably what I would be screaming into the glass of my iPhone if I saw my own life update in my Instagram feed. I do that a lot. The incredulous screaming, I mean. Really any time a person my age does something that feels easy for them, and otherwise totally out of reach for me. Social media is really excellent at inducing spells of utter jealous rage. I never had a sibling; is it kind of like that?

Historically, buying a house has always been a big deal, a rite of passage even. But buying a house in California in 2019 is like medaling in the adulting Olympics. As my baby boomer neighbor told me this morning after I shared the news and closing price tag on the house, “Your generation got screwed.”

We did. We TOTALLY did.

I don’t need to go into how the Recession royally fucked us financially, and I refuse to acknowledge the theory that we’re all drowning in avocado toast debt. It’s really frustrating to even bring up the housing crisis in California, and consider all the investors buying up cute little bungalows with suitcases full of cash, only to flip them into priced out oblivion –– and that’s just the bummer for privileged upper-middle class people like myself who have nice apartments. There are many Californians struggling to have shelter, let alone own a house because of the severity of the housing crisis.

We all know how we got to this current socioeconomic state. We all know it’s not fair. There have been more than enough NYT think pieces on the subject to fill a reference book. But, what we all don’t know is how anyone, unless they’ve been showered with sweet, sweet TV money, has the liquid funds to buy property –– one of the fundamental rights our forefathers wanted for us (sorry, I’ve been listening to a lot of American history podcasts recently).

I can’t speak for other people, but I will tell you that for my husband and me, it was because of our families.

When I say, “we bought a house,” I mean me, my husband, my father, my in-laws, and one grandparent. All six of us, we bought a house. That’s what it took to scrounge up enough cash for a downpayment. The rest of it, that 30-year loan we took out, well that’s on just the two of us to figure out. So, even though we’ll be doing the heavy lifting over the next several decades or so, we never would have been in the position to achieve the herculean feat getting the house in the first place if it wasn’t for our families’ help.

In fact, I did the math (which I HATE doing and home buying is A LOT of math), and our contribution to the downpayment and closing costs was 43 percent. That means, 57 percent (the majority), came from generous help.

Don’t get me wrong, 43 percent is still impressive. It took a lot of years of aggressive savings to get that 43 percent, but it just proves that without love, support, a lot of phone calls, and the wiring of large sums of money, we just wouldn’t have been in the position to buy our tiny home for many more years.

So, when you scream into your phone, asking the adult gods HOW?!, know that it’s because, for us, we were very, very lucky. Not everyone has families who have the ability to all pitch in to make it happen.

And remember, as a sage homeowning friend told me during the process, no one does this without feeling like they did it by the skin of their teeth. Which is, precisely how I felt on Monday when I both paid my federal taxes AND wired over the majority of my life savings. Panic attacks over money, commence. We’re literally never eating out at a restaurant again.

Also, our house, while cute as all hell, is TINY. It’s a two bedroom, one bathroom nugget of a house. It’s probably about the same size as our apartment right now, except we’re losing a bathroom (and I have anxiety about it). It’s also, while in a lovely neighborhood, quite a ways away from where we love to hang out. Those are, among many others, concessions we had to make in order to afford a house.

I say all this because social media can suck sometimes. When we see the highlight reels of other peoples’ lives, human nature kicks in and we go into comparison mode. Someone’s success suddenly can quickly become our failure. But, wins are never without their challenges, even if you don’t hear about them in the photo’s caption, trust they are there. Besides, the wheel of fortune is never in favor of all aspects of anyone’s life at once. Where one person is succeeding, there’s another part of their life that is struggling –– perhaps even an aspect of life where you feel fulfilled. Maybe they look at you and think you’re the successful one.

But, as usual, I will still defend social media, despite its flaws. It can cause a lot of anxiety and stress, but in the same stroke, it has the power to spread positivity. My husband, and our realtor/good friend, already posted about our new home ownership on social media, and we’ve been floored by the volume of people who have commented to congratulate us. Not to mention, being able to feel the love from peripheral people coming out of the woodwork. It feels nice to have a good reason to reconnect and support one another.

So, I’ll wrap this up before I get (god forbid) sentimental. Buying a house is hard. Buying a house in Los Angeles is basically impossible. It’s a big deal, but it’s not necessarily a benchmark for success. In today’s economy, it’s very rare for a young (ish) person to be able to do it completely on their own. Families are important, and you should feel lucky if you have one that supports you in any way, financial or not.

Anyway, I’m house poor now. So, if you have any good slow cooker recipes, send them my way.