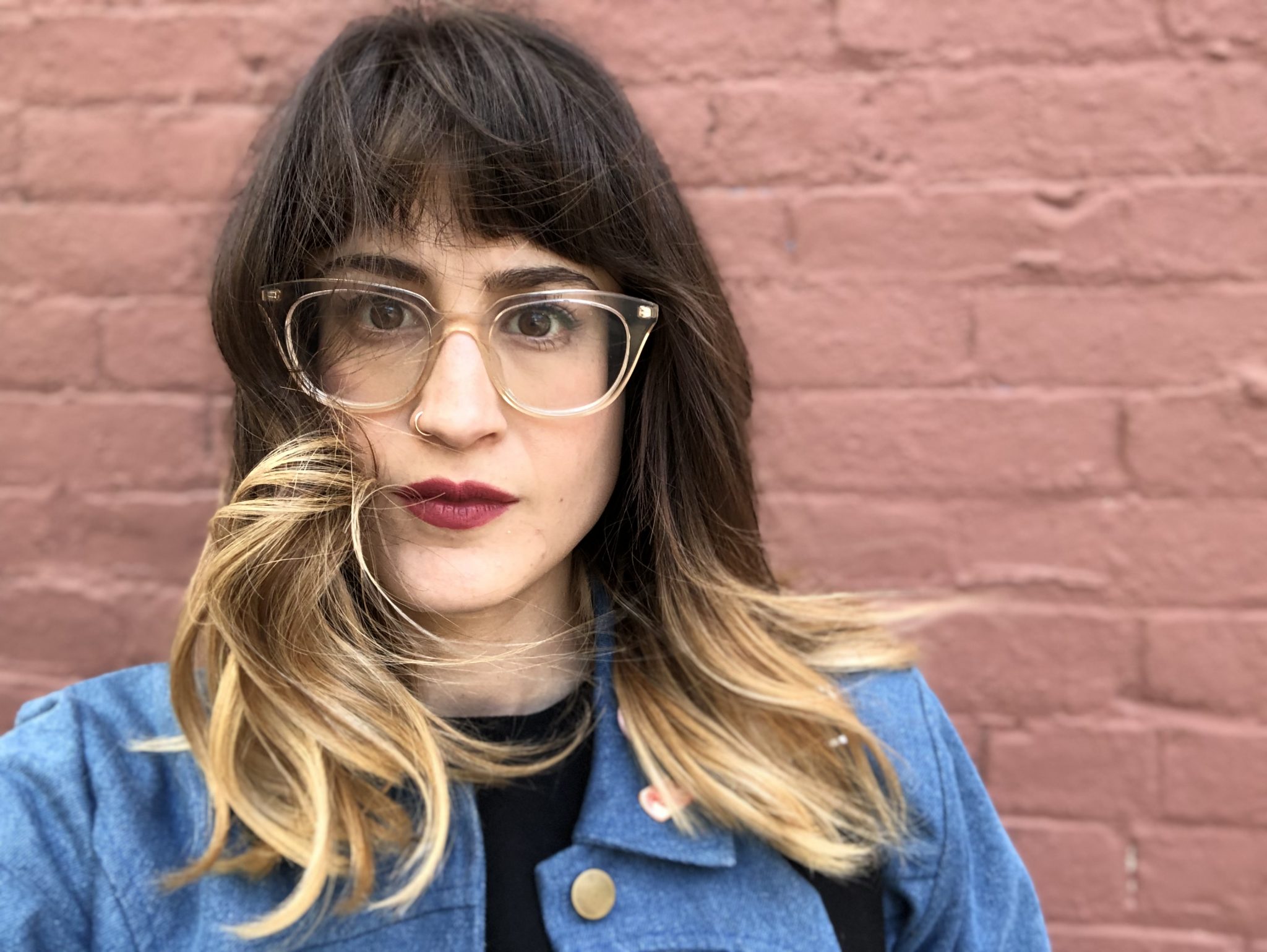 I feel bad. I’ve felt bad for what seems like forever, but really it’s been about four months, and after getting very sick recently, I’ve felt really bad for two weeks. Truthfully, I haven’t felt really GOOD in a few years, but let’s chalk some of that up to turning 30, growing up, and absorbing more of the world around me. No matter how much yoga you do, or apple cider vinegar you drink, the human body naturally hits a sharp curve around 30. For thousands of years, it wasn’t designed to last much longer.

I get why all those people on the other side of the hump told me to enjoy my twenties while I could. I never quite understood it, seeing as I had no money, little direction, and felt pretty emotionally out of control most of the time. But, now it’s clear,  they were talking about my HEALTH. And, the women…well they were also referring to my skin, my juicy, juicy collagen filled skin.

For me, I long for my twenty-something digestive system. I long for late night quesadillas and joining co-workers for lunches and happy hour cheese plates and fries without a second thought. Man, I miss eating buffalo wings and feeling on top of the fucking world about it. OK, I wouldn’t mind my 25-year-old skin that never needed to be washed either.

I’ve seen a lot of specialists in the past year or so because of my body’s lingering performance issues. As I stare 35 down (fine, I know it’s a year and a half away), I’m trying to clear up any bodily issues to prepare myself to try and have children, which for me, requires another specialist.

This is just what I’ve battled with my health. Pile on the first year of marriage, starting a new job twice over, becoming the breadwinner in my family, maintaining friendships, pursuing creative endeavors, trying to save for an impossible house, shouldering a very scary political environment, and keeping up new TV shows and the full picture is enough to make anyone want to go to bed from crippling anxiety.

I’m dealing with a lot. My dad has often observed that our generation has a lot of their plates, far more than he remembers as a thirty-something baby boomer. The acknowledgment of the weight we’re all carrying around doesn’t physically lighten the load, but it’s nice. It’s good to talk about, out loud.

Why is health such a taboo topic?

Since my health has been at the forefront of my thoughts, it’s been on the tip of my tongue. If you’ve had an encounter with me in the last couple of months, and asked how I was, I likely told you the truth: not awesome. While some people’s eye glaze over, indicating they’d rather be anywhere but in front of the girl talking about her period, anxiety or intestinal distress, most people nod in agreement. They, too, do not feel well. Often, it sounds like they’re saying it out loud for the very first time.

As a society, we have no problem discussing wellness. In fact, we have a problem with obsessing over it. Pressed juice, turmeric, matcha, keto, tinctures, detoxes, Instagram vitamins, crystals –– we’re consumed with uncovering the answers to being (perceived as) well because well means wealth, success, and even happiness. Wellness pirouettes a pretty picture around an issue from a safe distance, while health runs right to the edge and dives in head first. The latter doesn’t really perform as well on Instagram; and if we really want to get into it, wellness is for privileged white people and health –– well –– it affects all people.

I’ve long believed that like sex, the discussion around money shouldn’t be rude, gouache, or discouraged. How can you make smart decisions about either in a vacuum or based on the advice and experience from a chorus of strangers on the Internet? It’s more recently I’ve realized that another major part of our lives health falls into this weird taboo category as well. Men don’t want to talk about it because they don’t want to appear weak, and women usually hold back because they don’t want to be a burden. Also, health is…often times gross. A matcha latte is surely more delightful fodder than a fistful of supplements or a tube of hemorrhoid cream.

Then, of course, no one wants to complain. But, I can’t not complain right now. When you don’t feel well, it’s difficult to think about little else. And, if you’re still in the process of determining a cause and treatment, well, it’s all-consuming. I can’t not google every pain or feeling of discomfort; I have a computer in my pocket. I can’t not bring it up in conversation, because they always start with, “How are you doing?”

Some people might be burdened, but others won’t. It’s been my experience that most offer a compassionate ear because there is nothing more vulnerable than admitting to poor health. In fact, I’ve found that it becomes a connection point. The majority of people are currently, or were struggling with a physical issue at one point. We’re all humans with crappy human bodies that tend to fail.

Feeling particularly low, and at the end of my rope crying jealous tears at the sight of people eating and drinking in my Instagram feed, I decided to see my tarot reader this past weekend. What? You don’t have a go-to spiritual guide? My spread was “very different energy,” she told me. I usually pull arcana cards, the ones that signify big, disruptive change and wins. Even though I know it’s not how tarot works, I wanted her to tell me that things were going to turn around soon, that I was facing a big upswing. Instead, she told me that I was in transition, not leaving things behind, but rather evolving away from them. She told me it was a difficult time, a stagnant feeling. The process would be slow and methodical, ultimately leading to solid ground. She told me it was a meditative time, and that I needed to be gentle on myself.

THAT'S NOT WHAT I WANTED TO HEAR, UNIVERSE! 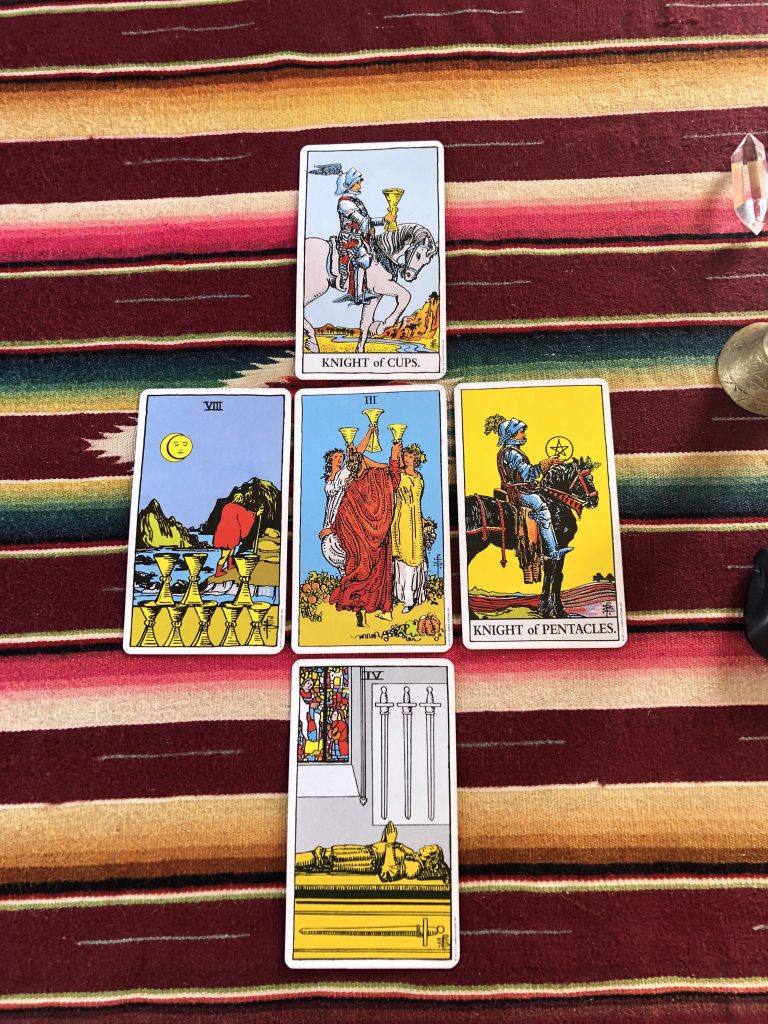 But, I know it was true, as much as a tarot reading can be. Still, I posted it on Instagram and a friend reached out to tell me it was the best spread he’d ever seen, and I should be lucky. So, even though I’m having some bad days, emotionally and physically (seeing professionals for both!) I feel optimistic, a little better, and ready to take my baby steps towards whatever the hell I’m evolving into. I hope it’s someone who can comfortably eat wings and drink beer after work.