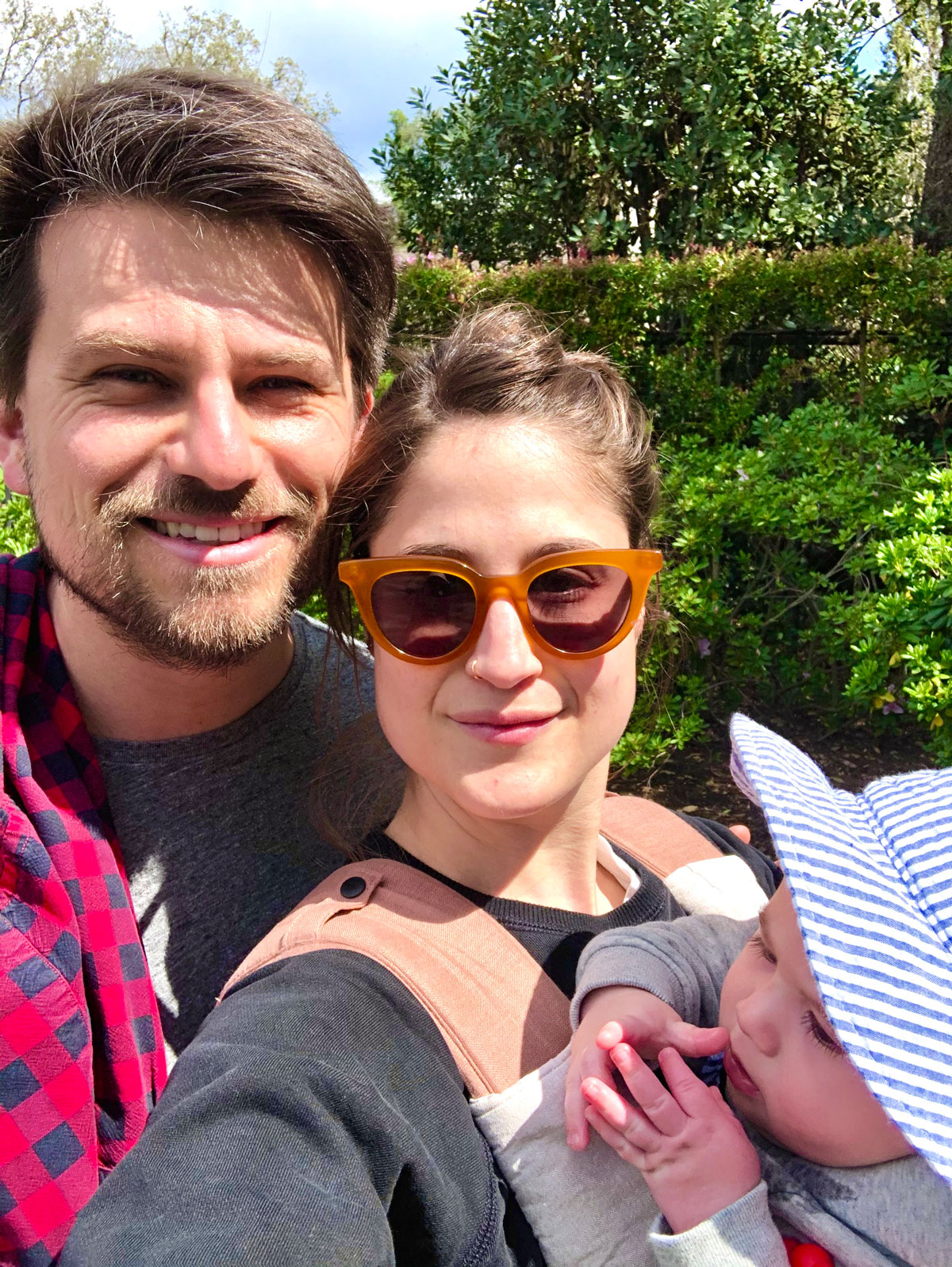 Before I had a child, I swore I would not become the parent who only posted photos of her baby. And, now look at me: 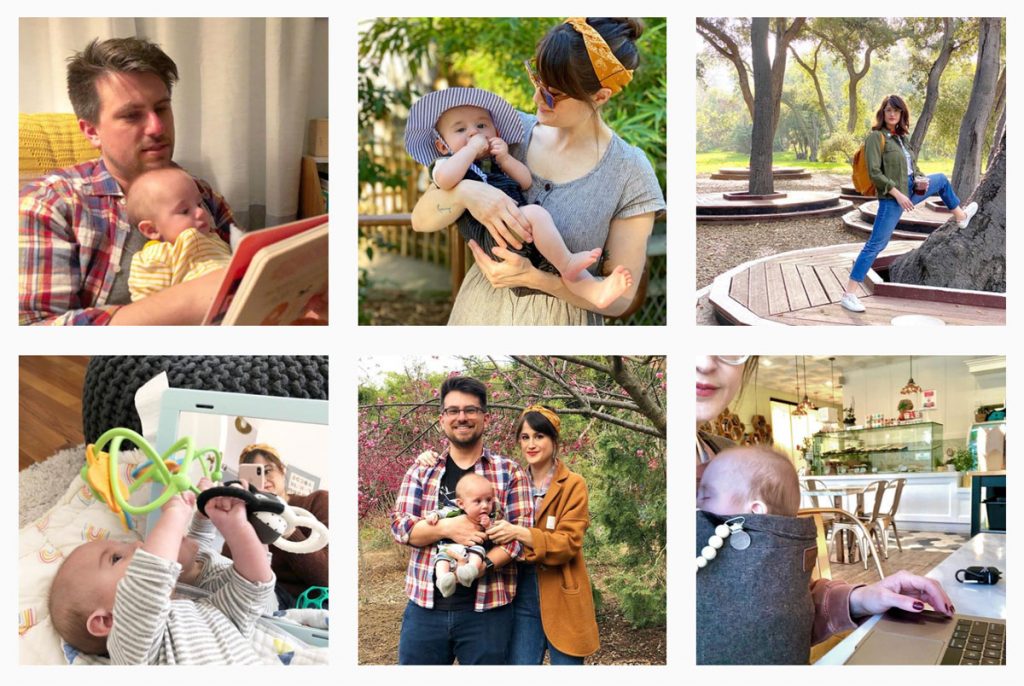 This is my life now. Just a bunch of pictures with the same two family members at home or outside (ok, one at the coffee shop a block away). And these were all taken well before social distancing mandates.

Several years ago, convinced I was infertile and children not even on my horizon, I scoffed at the mommies whose feeds had transformed from cool interesting vacations, gatherings, and outfits to a barrage of baby pics and set decorated milestone portraits. It boiled my blood when they would speak on behalf of their infants, describing their babies’ latest Tinder bio likes and dislikes. (That last one still kind of irritates me but to each their own).

I could not understand how these women’s strong identities had melted away into a pile of mommyhood. Then I happened upon an article about this very topic from the perspective of a mother. She explained that the reason her feed was no longer tiny squares of casual latte art and vista viewpoints because she wasn’t going for expensive coffees or weekend getaways. She would love to be sharing photos of her date-night outfit or a fancy cocktail, but there were none to show because she was on lockdown with a tiny human. The baby was what she was looking at all day, and thusly, that’s what ended up on the other end of her iPhone camera lens.

This clicked. One of my best friends, a new mom at the time, confirmed that was exactly why. I stopped being such a judgy brat (mostly).

Then, I had my own baby. Even with this prior understanding, I still swore that my Instagram page would remain mostly photos of me and my life outside of motherhood, with no more than an occasional appearance of my child. Besides, I was on the fence about how I felt about publicly posting photos of his face in general. So, we created a private family account (literally in the hospital the day he was born) for friends and family to receive solicited baby spam. That’s where the baby pics would live. My profile would remain very much ME.

How silly to think that ME before baby was the same as ME after baby.

Yes, she’s still in there, but in a different capacity. And, if I waited for life events and experiences that didn’t include my baby, I probably wouldn’t share a post in at least half a year. He and I are a package deal for the foreseeable future. Besides, that’s not me! I love to share and my baby has really cute feet that people need to see.

So, my page is predominantly photos of my family at home because that’s pretty much my whole world right now. Though when I do post photos that include my baby, I like to keep it from my perspective, not his. Though I am still ME, it would be deaf to not acknowledge that my feed has changed because my life has changed, and in many ways, I have also changed.

I enjoy expressing my thoughts and sharing experiences of becoming a mother because that’s what is on my mind, and the only photos in my camera roll from the last six months are of my immediate family (cats included).

This is a personal shift I’ve been thinking about for a while, but now with social distancing, I’m considering the similar implications and effects. As millions of global citizens are forced to stay at home with the same people and environment, will they too experience a downsizing in the range of content and social sharing as a new parent?

With a lack of events, dinners, parties, birthdays, lunches and vacations, it seems as though people will either slow sharing or adjust by posting content that reflects the new normal. From what I’ve observed so far, t’s likely that in a drought of physical interaction will see an uptick on the social side, as the safest way to have human interaction.

It might be sort of nice to get a more expansive look at the insides of people’s homes and how they live, beyond the especially put together corner of the living room. If my own feed and experience are any indicators, social media is about to get a lot smaller, simpler and intimate. Though some influencers have done a scarily good job of it, for most of us, creating a facade is difficult to do from the confines of your own home. I expect (and hope) things will grow more honest and vulnerable online.

Without distractions from the outside world, social media might return to its original intent: connecting people. Not ideas or projections of people, but like, actual people.

That’s what happened for me on a small scale when I became suddenly housebound with a newborn. I reconnected with old acquaintances, sought guidance in breastfeeding, and found a real virtual community in parenthood.

The isolation is relatively new. People are still captain’s logging the days in half jest. The content trends seem to be loungewear updates, meta photos of other screens sharing Zoom conferences, and throwbacks to a time when we weren’t stuck at home. At some point, the novelty will wear thin and #tbt posts will just make us feel sad. What will people share when the snacks run out and this no longer feels like a sleepover party?

I’m normally a tornado of productivity and multitasking. I should receive an honorary membership at The Magic Castle for my ability to be in two places at once. As a new parent, I’ve somehow still retained this force of inertia, but on a much smaller scale contained to my house and a one-mile radius around it. If anyone needs ideas on how to stay busy at home, I’ve got a (literal) laundry list.

Even still, I’ve been commanded to slow way down, and in spending most waking moments with my infant,  thrust into appreciating very micro-moments like noticing my son noticing his hands. “Look! He grabbed his foot!” On walks around our neighborhood (or nearby nicer, fancier blocks), I stop every few houses, “Look at these orange flowers? Aren’t they pretty? Do you see the bee in the flower?” At home, “Oh wow, what does that shaggy rug feel like?” “Do you see the raindrops on the window?”

The former me would not have time for the feet, or the rain, or the rug, or the orange flowers, or the bee. But my planner is now used for lists of things to buy at Target (.com now), calls to make, and rooms to clean. I would never have never stopped to smell literal or figurative roses, but having a baby has forced this upon me.

How strange it feels to have the whole world be called to do the same. But also, how lovely to see it unfold on social media. Ironically, I suddenly feel less isolated by my own experiences with a new baby. You’re all doing it now too.

I’m delighted by silent streets, a particularly blue sky, a wonky attempt at a loaf of bread, a bad quality image of your computer screen filled with ten friends’ faces, the lengths you’ve gone to keep your toddler entertained, a sloppy looking photo of a surely delicious meal, a mug of tea, and even some raindrops.

Everyone is scared and anxious. I know that every day feels like a Twighlight Zone time loop. Every night when I make the baby’s bottle for the next morning to put in the fridge, fill my coffee filter, I think, “Well, here we go again.” It’s tedious, to be sure. I’ve had six months of training and a major distraction that keeps changing every few weeks, but it still gets to me too. Especially when I scroll back to a more carefree, untethered life that existed outside my home. Man, I miss wearing lipstick!

Though critical of its flaws, I’ve always leaned toward lauding and appreciating social media for its positive influence. Now more than ever, social media and technology can provide the relief of levity and as close to a human connection as we can safely muster. It can help spread important information (those some false and misleading, I acknowledge) rapidly. Please don’t stop making or sharing memes. Please let your feed get boring, mundane and still. Though I have a feeling we will all be redefining these terms very quickly.

I invite you to come to join me and all the other new parents in limiting your world, both on and offline. It might very well be our new normal for quite a while. Breathe a sigh of relief that you don’t need to compete or put on a digital show. No need to log the days, or try to make time pass because it inevitably will, much faster than you might like, and you’ll look back and wish you still had an excuse to take a walk in the middle of a gorgeous day.

And, let’s be honest, we could all use a few more photos of orange flower at a time like this.