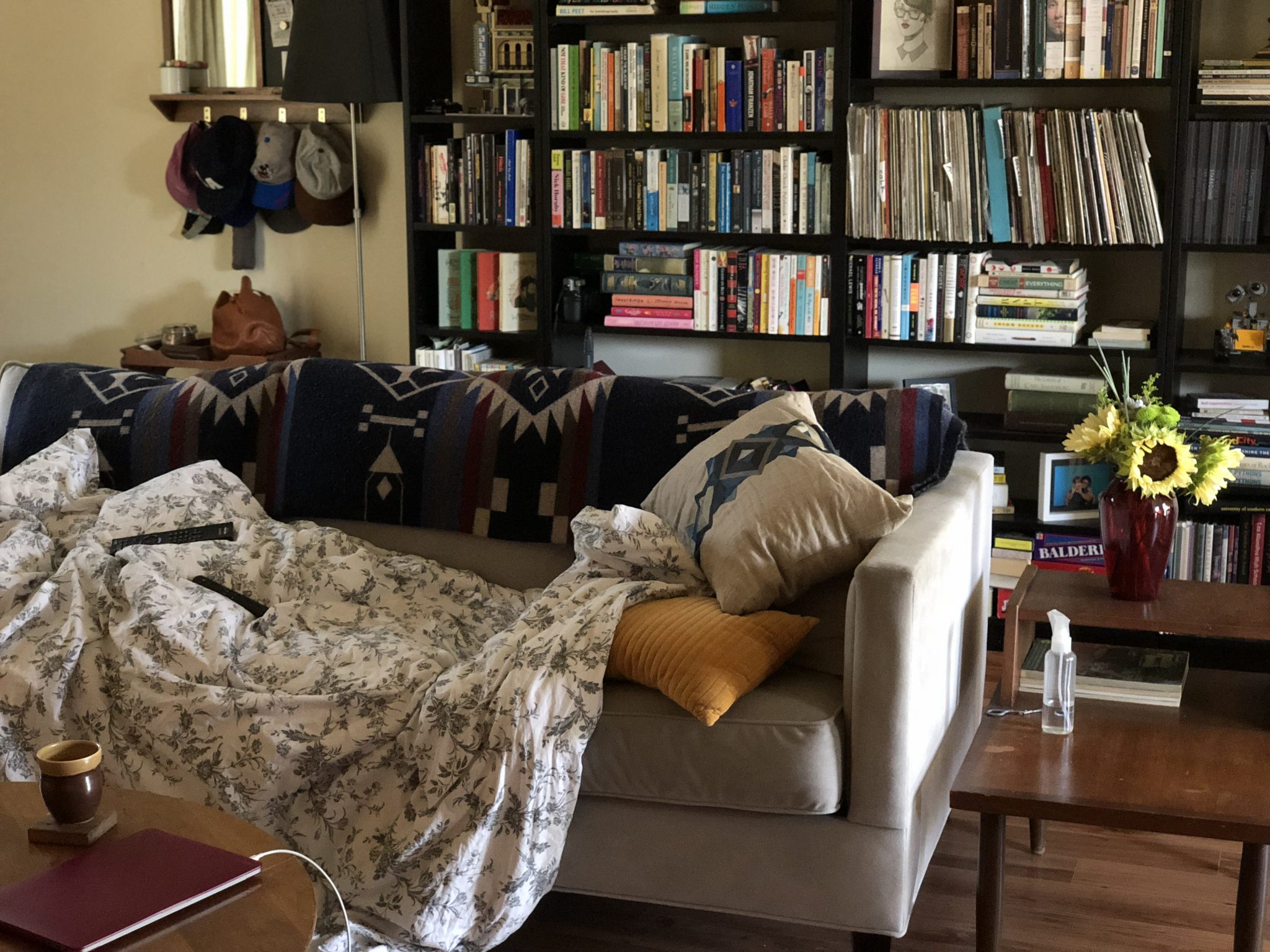 One of my favorite compliments I’ve ever received, that probably wasn’t intended to be such, is that I have a lot of inertia.

If you don’t remember your high school physics class, inertia is one of the fundamental principles that establishes the resistance of any physical object to change in its state of motion, including speed, direction, or state of rest. Maybe you remember it as “An object at rest will stay at rest, and an object in motion will stay in motion.” Inertia is also defined as the tendency of objects to keep moving in a straight line at a constant velocity unless affected by applied force.

The compliment was referring to my natural state of momentum. I am in constant forward motion. I’ve been this way since I was a child, always rushing toward an indeterminable future point. I move fast and frequently, usually gliding over or contorting my body to avoid bumps and blocks.

However, two weeks ago, I was affected by applied force and I stopped. An object once in motion, became an object at rest. Surgery will do that to anyone, inertia or not.

After years of knowing I needed to correct my double vision, an eye muscle issue trailing behind me since childhood that only grown increasingly worse in the last few years, I scheduled the surgery I had been putting off for far too long. Who wants to get surgery on their eyes?! It’s truly as freaky as it sounds. 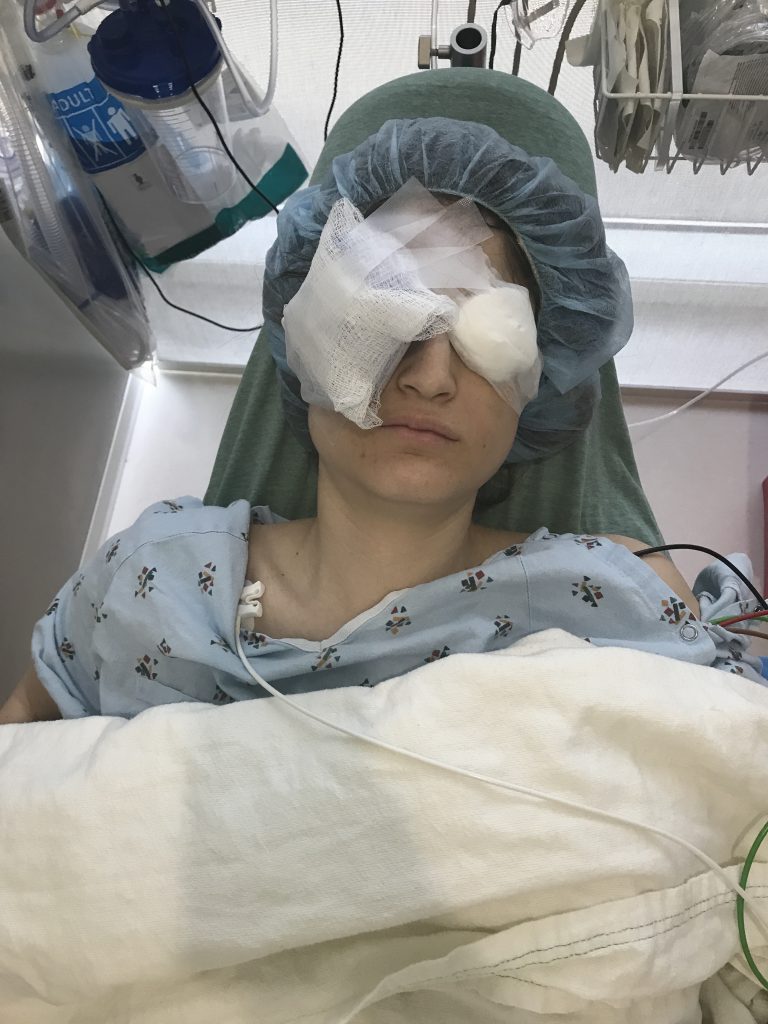 In the month between making the appointment and showing up at the hospital, part of my brain shut down,  paralyzed with anxiety. I functioned in my daily life with a perpetual ball in the pit of my stomach, thinking not only about a terrifying (albeit totally routine!) surgery, but also all the blood work, doctors appointments, and the MRI. When I’m nervous or scared, I’m like a possum; I play dead. My best friend even confided that she thought I was mad at her in the weeks leading up to the surgery. Nope, just super scared!

Still, despite the fear of my decision weighing me down, I stayed in motion, going hard at work, planning my European honeymoon, and getting shit done.

The day of the surgery finally came, and I was forced to stop –– literally I was unconscious. 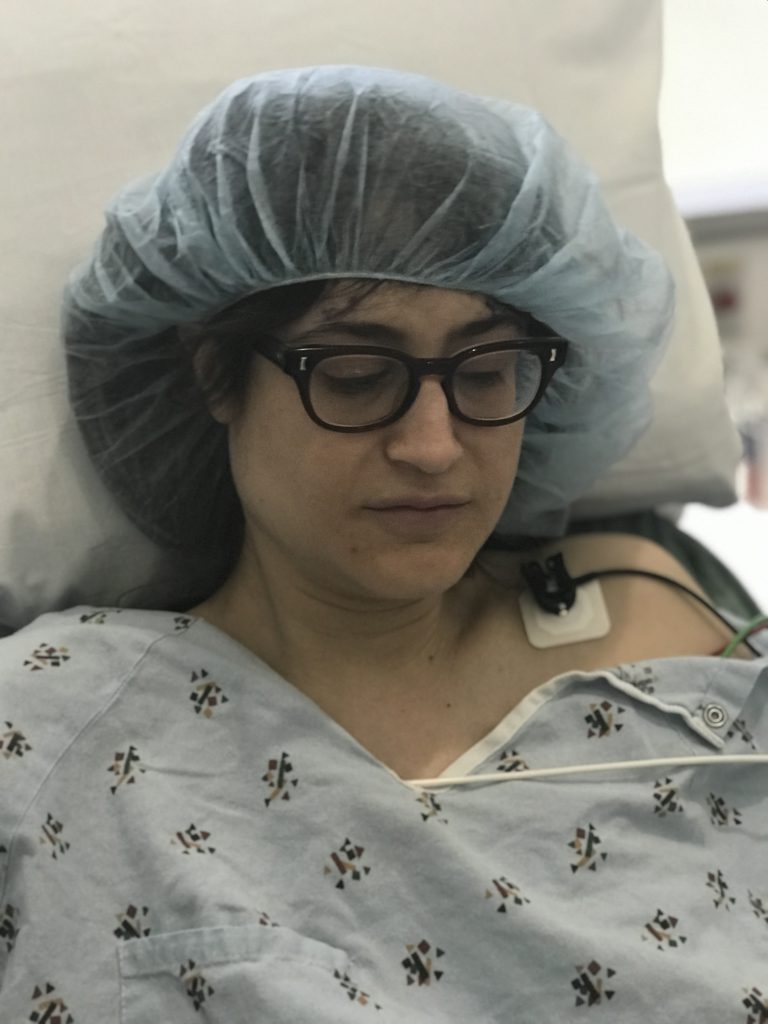 Trying to wake the fuck up.

But, that’s not what I’m talking about. It was after I groggily awoke that day, and the day after that, and then for the rest of the week that was so hard. For me, the most difficult thing about getting eye surgery wasn’t physical recovery, but rather being forced to rest.

I realize this probably sounds silly to most people, but for me, being forced to do –– well –– nothing, is daunting. Typically, I push through things like fatigue, overscheduling, and laziness. Whether it’s because of my frenetic nature or a well-oiled coping mechanism for distracting myself from dealing with feelings, I’m not used to stopping for more than an hour at a time (at best), let alone a whole weekend –– or even a week.

The last time I felt similarly was about seven years ago. Though not facing any physical hurdles, I found myself in a place where I was forced to stop. It was about six months after I had broken up with my boyfriend of three years. From the moment I told him I thought we shouldn’t be together, I was on the move. After I tirelessly helped him find a new place to live, and completely redecorated the apartment to be ex-boyfriend-free, I filled my days and weekends with plans, people, and things I needed to do. Because I’d felt so stifled in the relationship, I gleefully leaned pretty hard into my newfound independence, and also, clearly, I was avoiding dealing with the aftermath of my breakup.

But on this particular weekend, I had no plans, no friends available, and even my dad wasn’t around. It was when I ran out of things to clean, and found myself touching up the paint on my living room wall that I finally came to a stop, and I cried. Without any distractions, I was forced to be still and confront my feelings.

It felt foreign to stop, but I had no choice. I had run out of people, places, and chores to hide behind.

When you have surgery, you can’t do much for yourself, let alone try to find obscure home improvement projects. Those are the rules. The hospital actually asks who will be your responsible adult chaperone prior to the surgery date. You can barely get into the car without the help of two people.

The weekend of my recovery was hard, and it wasn’t because of the pain, disorienting discomfort, or the persistent feeling that I had ten eyelashes shoved into my eye. It was because I couldn’t keep moving. The ointment I had to put in my eyes three times a day blurred my vision, making it impossible to see anything clearly, let alone do any work or drive myself anywhere and the anesthesia made me feel like a pile of jelly.

I have forgotten how to watch TV without my laptop, forcing myself to try and write every night as I half pay attention to whatever show; instead, mostly aimlessly surfing websites and virtually window shopping. It felt irrationally uncomfortable like I was somehow wasting time. I’ve conditioned myself to keep moving, producing, making, or WHATEVER. It’s hard for me to discern what is self-imposed, and what is the Internet telling me I’ll become irrelevant if I don’t write a fucking blog post. Look, I know no one really cares about my CONTENT, but it’s a real easy thing to beat yourself up over.

It snowballs. My weeks-long state of nervous paralysis leading up to the surgery, coupled with the stress of trying to finish planning my upcoming trip, left me blocked and unable to write a thing. And then, released from the anticipation of it all, left with nothing but downtime and freedom, I physically could not write or work or pretend to do either because I literally could not see.

It's never been more apparent to me that stillness is one of my greatest weaknesses.

All I could do was be still, and I was terrible at it –– both physically and emotionally. My insides were squirming and yet I still tried to do a couple loads of laundry (with assistance). I even powered through an on-camera opportunity two-days after the surgery because I was hell-bent on pretending like I wasn’t significantly impaired. Mind over matter. Must keep moving.

I could not have done any of this without help. I relied on my saintly husband to get me food, apply the ointment to my puffy eyes, chauffeur me, and even wash my hair because I wasn’t allowed to get water in my eyes for ten days. It wasn’t just the big things; I needed to trust that he would pick up the slack on the mundane crap like dishes and cat litter. I had to give up control over my space and trust that things would get done, or not get done, and I had to be OK with it either way. 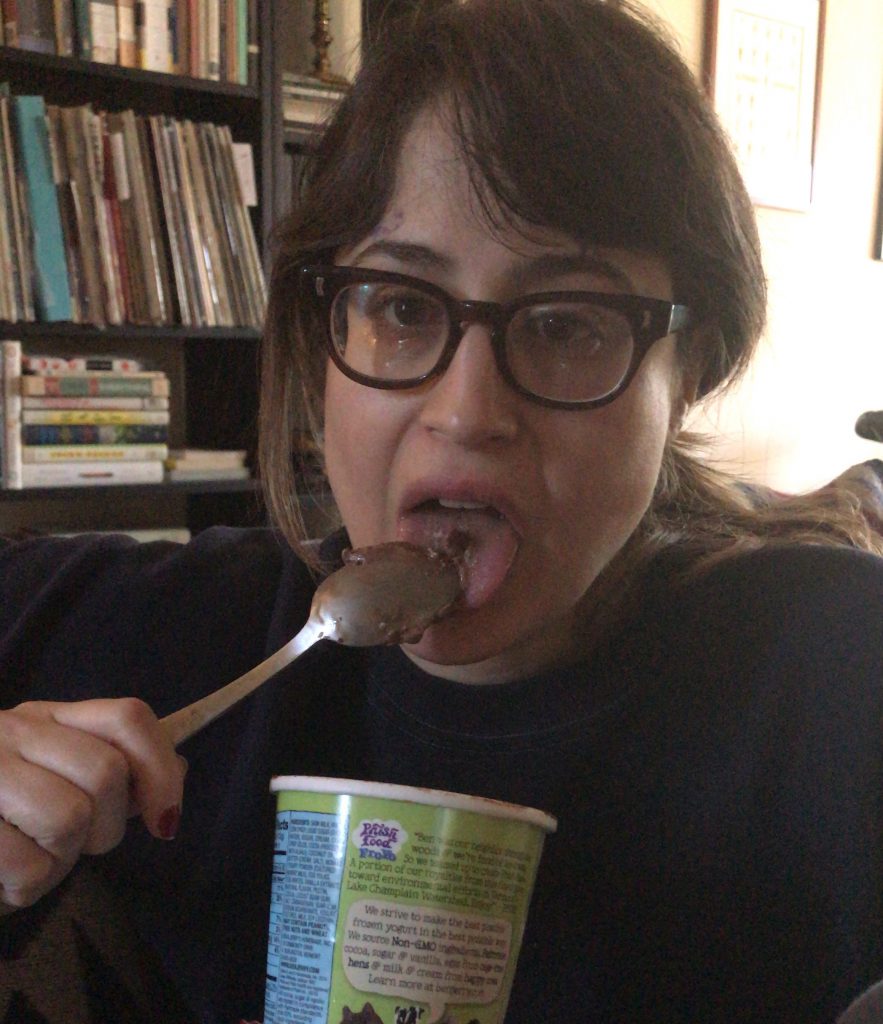 I put two of these bad boys away in two days.

This sounds like an absolute pleasure for a lot of people. Nowhere to be, nothing to do but watch TV, and have a loved one wait on you hand and foot? I know, I know. But for me, it was torture. Let’s not pretend like we all don’t have our control issues, and this experience very brutally brought all of mine to the surface.

But as uncomfortable as this all was (I did have surgery, after all), I learned that stopping can be OK, enjoyable even –– definitely necessary. I watched a whole movie at home without distraction, went hours without my laptop, took a long bath, ate copious take out, experienced getting my hair done at Dry Bar for the first time, and went home early from work when my body told me I needed to lie down. It wasn’t so bad, I guess.

By the principle of inertia, an object at rest should stay at rest unless given applied force. I suppose this is where I go against type because two weeks later and I’ve been back in motion for quite a bit through no external force, just my own sheer will and neurosis. At the end of all of this, I learned that eye surgery is very disgusting and no one who asks about it can handle hearing about it, constant motion is great, but not an identity, being at rest is ok, and maybe now I know why I have a recurring nightmare about showing up unprepared to my high school physics class.