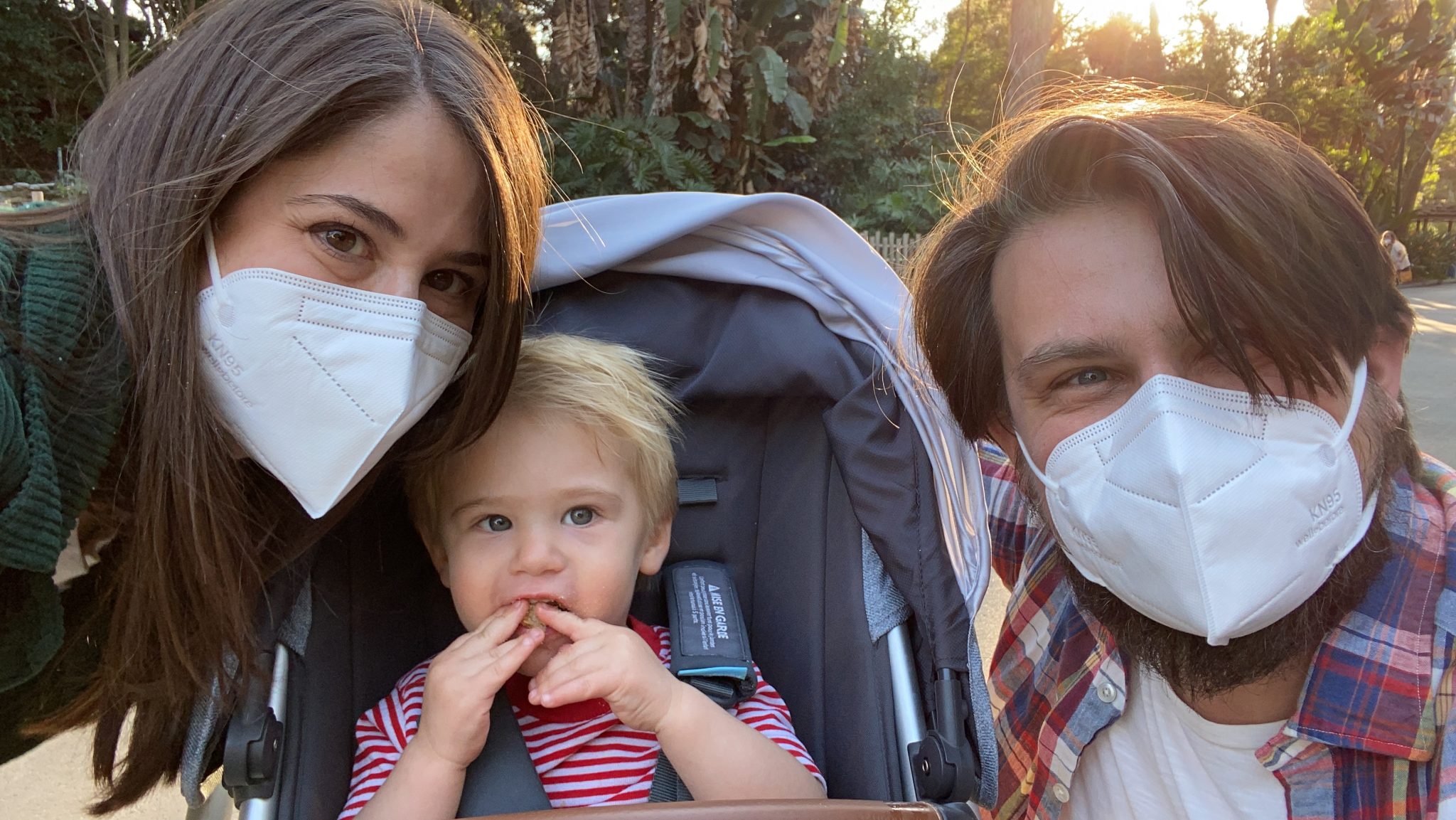 During the first weeks of my freshman year at college, I ran into one of my best friends from elementary school. We hugged in disbelief that we had been reunited after not having seen or heard from each other since the end of fourth grade when I moved schools. Not super strange considering most of this time was pre-cell phone and social media, plus we parted ways a few years before we were able to catch each other’s AIM screen names. After chatting for a while, standing in the middle of a bustling campus, my friend remarked, “You have not changed since you were eight years-old.”

Though almost twenty years old now, it’s still one of my favorite compliments to date.

It’s hard to know how much of this steadfast personality is my nature or how much was my environment and parenting, but I feel as though I emerged into this world knowing exactly who I am, what I want, and where I need to be. My sense of self has always been one of my strongest qualities. I’ve often joked that I probably would never be successful in comedy because I suffer from the rare affliction of overconfidence.

Except lately. And by lately, I mean the past two years. I know I’m not alone in discomfort and self doubt.

It’s safe to say the pandemic has changed every single one of us in ways great and small. Mostly, it’s too soon to really understand the severity of the impact because –– well –– it’s still happening.

However, unlike most people’s experiences, the pandemic and new motherhood collided into one big, stressful identity crisis. If this was also you … then you feel me. It certainly didn’t help that I my role at work had been eliminated while I was six months pregnant, putting my career on an open ended road, resulting in a series of infinite freelance pit stops. Barely anything about my life two years ago exists today (though I did finally get my hair highlighted again 💁🏻‍♀️) leaving me to feel wildly untethered.

This isn’t the first time I’ve felt adrift from my usually unwavering sense of self. Like many of my peers, the Recession left me floating down a lazy of river of odd jobs and unpaid internships, as I struggled to get out and on some semblance of a career path. But I was much younger, not as established, and had less at stake. I seemingly had all of my adulthood in front of me, with plenty of time to aimlessly wander and write it off as “youthful exploration.”

A decade later and things are different. I’ve spent years building a life that has been rendered unrecognizable. Major identity pillars like work, marriage, friendships, hobbies, travel … and literally any free time have all undergone a strange metamorphosis that looks like a funhouse version of my former life. It doesn’t just feel like a new season to weather –– it almost feels like a new life all together.

Not that it’s necessarily a bad thing. It’s just a very strange thing –– an unexpected thing. For me, the pandemic revealed how much our own perception of identity is determined by external feedback. For so long after I gave birth, I had nothing but static as I became housebound six months before the entire world shut down. I’ve had very little verbal, physical, and emotional validation that these shifts are in fact real ––let alone celebrated. It’s been hard to have any confidence, or enjoyment, in my life decisions and milestones when it feels like they never really happened.

My husband, son and I never felt like a real family; instead, just three bodies in a small house living on an endless loop of meals and naps (not for my husband and I, of course). And, now with another baby coming, I mourn the loss of having the chance of feeling like a family of three. Two years in, with my son now in preschool, interacting with other families, I’m just starting to identify as someone’s parent.

Career wise, I’ve applied to lord knows how many jobs since getting let go from my last full time gig. Maybe two companies have responded to move things further. One ghosted me after a phone interview that seemed to go well and during the second, every one of the five people I spoke with began the interview by aggressively and pointedly asking why I’d want to come work there (I didn’t really) when I was already freelance. I was floored. I’ve never had multiple people try to convince me not to take a job I was applying for, let alone during a “Great Resignation.”

Don’t get me wrong, freelance life has flexible perks, many of which were completely appreciated (and even necessary) as a new mother. But, this non-committal life is often overly romanticized. I’m a roaming guest star, never a cast member. Social connections and camaraderie aren’t generally in my scope of work as a contractor and, often, I’m only a piece of a project –– never being able to see any of my contributions come to a rewarding fruition. I have to juggle an insane amount of clients to make a decent living, and none of it is guaranteed. Oh, also I have zero maternity leave. Fun!

And my marriage? I love and respect my husband more than he will ever know, but no couple is supposed to be around each other this much, and yet spend so little time together. Half of our marriage has been spent under a psychotic experimental house arrest. Still, we like each other enough to have another kid. Or, we’re just masochists. (Probably both.)

One of the nice things about having a former life metaphorically burned to the ground is that it makes it easier to not look back or feel much FOMO. My old life doesn’t exist and, even if it did, I don’t even know if it would fit anymore. And, who wants to put on a life that won’t even button up all the way. I only have to look forward, and though a blank slate is always forgiving, it’s also a bit daunting, having to blindly rebuild as I go.

As the world returns to as much normalcy as I believe we can expect for a while, I’ve regained footing, some familiar and others totally new. But I enter this revised world pregnant with my second child –– on the precipice of yet another monumental shift.

I don’t know who I am anymore in so many ways. Even more so, I have no idea who I will be in a month, a year, and beyond. And, that’s scary for someone who’s always known exactly who she is, what she wants, and what defines her.

Would a childhood friend run into me today and be as astonished at how much I’ve remained the same? I can only hope that would be the case. I’ve always liked that weird little girl and, moreover, liked how much she loved herself. Even at a time when the external world validated her existence and small child and adolescent choices, so much of the potentially undeserved confidence in her own identity came from within.

So, maybe I should take a page from her book. The outside feels unpredictable and undependable so, in order to not feel as adrift, I’ll need to dig down deep and find my anchor –– even if I don’t have anywhere to drop it just yet. It’s nice to know it’s there, and feel its weight, knowing that it is still real. It’s hard to indefinitely float without a compass but inevitably, I’ll find land again.